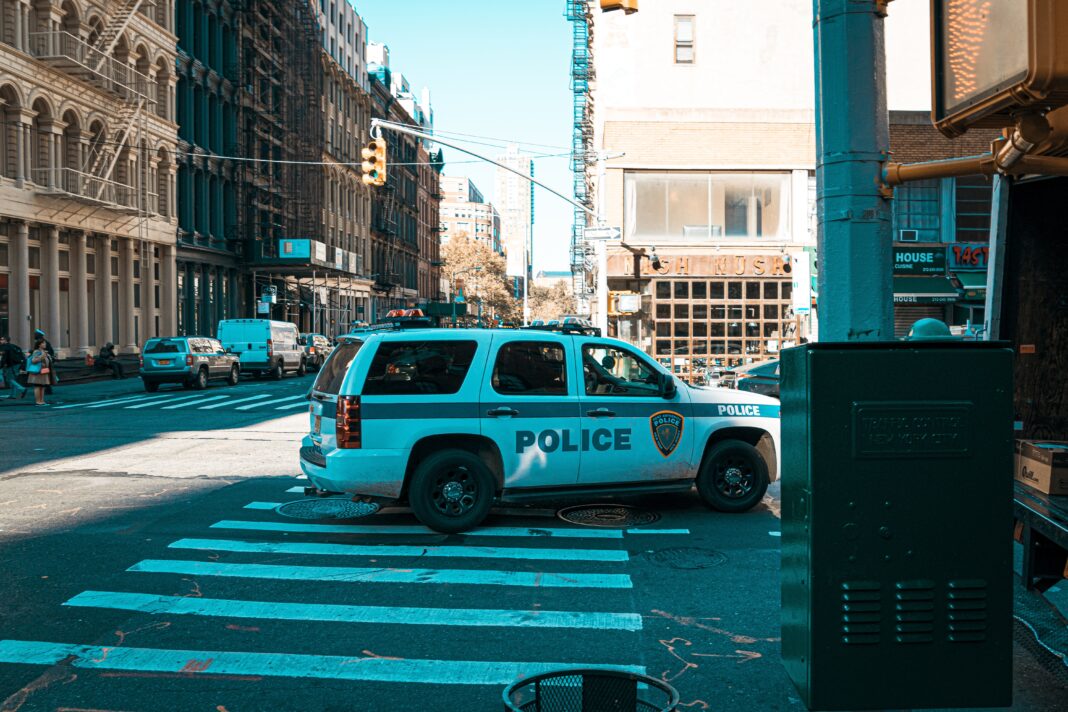 A NYPD was shot three times by a known gang member. It happened while the cop and his fellow servicemen were answering calls of shots in Bushwick, Brooklyn. Once again, body armor saved his life.

Police have reviewed a video from an area close to the incident (Madison and Broadway) where a man is observed running towards an SUV around 11:11 pm. According to Fox NY, the car was stopped at a red light. The man fired numerous shots inside the vehicle, in which there were three people. According to the police, one of them died instantly. Meanwhile, the drivers of the vehicle tried to flee, but the car crashed a few meters ahead.

Three police officers were only a few blocks away from the incident, and when they observed the attacker’s strange behaviour, they came to investigate. When the offender opened fire, the officers tried to stop him by firing 21 shots. One of the officers was shot three times.

The officers managed to shoot the attacker in the leg, which allowed them to arrest him. Immediately, paramedics transferred the attacker to Kings County Hospital in East Flatbush. Once at the hospital, the authorities were able to identify him. He was identified as B. Howard, 26 years old, and is a well-known gang member.

“It’s by the grace of God that we are not about to start the planning for a second funeral in one month,” said NYPD Commissioner Dermot Shea early Thursday morning.

The officer injured by Howard was also taken to the same hospital after being shot three times, but thanks to the body armor he was wearing, his injuries were not very serious. He is Officer Brian McGurran, 28, who has been in the New York Police Force for five years.

Sources indicate that he was able to leave the hospital the following day at noon, passing through a throng of officers who admired his work and wished him good health.

“He is in surprisingly good spirits. Thankful to be alive. When you take a look at that vest you see what the alternative could be. We are just very very thankful tonight. We are expecting a full recovery,” said Shea.