Twenty-six Things You Did not Know About Bullet Proof Vests

Bulletproof vests … it’s the one item in a police officer’s job that they take for granted. The problem with this is that it’s helpful in saving their lives. However, if more law enforcement knew a little more about body armor, they wouldn’t be so gun-shy about using it in the line of duty.

The reality about bulletproof vests is that they’re not bulletproof, they’re actually bullet resistant. The reality is that bullet resistant vests don’t protect the wearer from every threat. Nothing is bulletproof, not even a manhole cover. In extremely minute percentage of cases, a bullet can get through a vest that’s been rated to stop them. The bullet could have a serrated edge or something similar to it. Bulletproof vests do not make the wearer become Superman.

2 – Understanding How The Fabric Stops Bullets

Body armor is comprised of very strong non-woven and/or woven ballistic fibers. The material will stop a bullet similar to how a net will stop a tennis ball or volleyball. It causes the bullet to turn, slow it down and send its energy through the whole panel. The bullet mushrooms, which helps in the process. Keep in mind that the slower the bullet is, the better off the wearer is going to be. Bullets that have a hard tip or fired at a high velocity will get through the fibers and right through the bullet proof vest.

3 – Every Single Gun Is Deadly

Many gun enthusiasts disregard the deadly potential some kinds of handgun calibers have. However, any bullet – small or large – that travels at a high rate of speed will get through body armor. Huge handgun rounds such as .44 Magnum and .45 ACP will travel at slower speeds, which allows the body armor to stop them. However, .357 SIG and 9mm guns travel at a quicker speed and can’t stop them as easily.

Important: The shells of a shotgun are very dangerous to bulletproof vests wearers because vests are not rated for these kinds of bullets. The reason? Shot shells do not have a consistent velocity.

The majority of the United States’ body armor has a standard National Institute of Justice five-year service rating. When a vest is worn each day, it loses the protective capability quicker than one that sits on a shelf. It doesn’t matter how short or long the body armor is worn, the vest should be carefully looked over for any signs of damage – creases, tears, smells and burns. If properly taken care of, the vest should last five years. Be sure to follow the care instructions. Read more about the lifespan of a bullet proof vest here.

5 – Send In The Warranty Card

Make sure that the agency fills out the warranty card to register the vest. If they don’t, be sure that you do. The reason is that during e.g. a Zylon vest recall, many companies will have a difficult time getting in touch with customers because they failed to send the warranty cards back.

It’s important that you have a minimum of two carriers – one to wash, another to wear. Keep it clean and dry to ensure the ballistic panels will lasts for the entire five years.

7 – Use A Sponge To Clean The Ballistic Panels

When you need to clean the vest’s ballistic panels, use a damp sponge and a mild soap. If you want, you can also use Febreeze on them. Never, toss them into the washer and/or dryer. Never iron them either, as irons will cause the fiber to burn or melt.

8 – Put Your Bulletproof Vests Up In A Closet

Don’t forget that ballistic panels comprise of several layers of bullet resistant fibers. If they become bent or are out of shape, you cannot straighten them out or iron them out. So, if you lay your sweat vest on the floor in a crumpled mess, it’ll dry like that.

The worst idea you can do is go swimming with your body armor on. The reason is that some bulletproof vests lose their ballistic performance because the water acts as a lubricant. When this happens, it makes it susceptible to bullet penetration. Keep in mind though… there are some manufacturers that have treated their vests with water resistant materials, which then allows them to be used in water.

10 – View Your Vest As Clothing

The majority of vest American law enforcement wear are similar to clothing in how they’re made. They have tack stitches, quilt stitches and various other techniques. Veteran garment workers will inspect the bulletproof vest just like the underwear you’re wearing today. They’re looking for any kind of sewing defect that will cause the vest to become inefficient and ineffective.

11 – After Being Shot In The Armor, You Can Still Fight

To date, no one has died because of this and it’s not likely that the wearer will be incapacitated by it. Many law enforcement officers who have been shot in the armor have responded back, in the attempt to neutralize the threat. And, this is even before the use of the latest vest materials, which have been designed to reduce the effects of a blunt impact.

12 – How The Wearer Can Keep Panel Sag From Happening

When the ballistic panels sag, the bulletproof vest isn’t very comfortable to wear. Worst of all, it doesn’t provide the protection the wearer wants or needs. The way to deal with the issue is to rotate the carriers. The majority of bulletproof vests are sold with a couple of carriers, although it’s best to have three. When the carriers are rotated, it keeps the Velcro straps from wearing out and stop the wear of the fabric.

14 – The Carrier Doesn’t Offer Any Kind Of Ballistic Protection

No law enforcement officer should wear their carrier as the only protection from bullets. After all, it doesn’t provide any ballistic protection; it’s just like wearing a t-shirt.

15 – Place The Ballistic Panels In The Right Way

Ballistic panels have been created to fit into the carrier in a certain way. If the wearer puts them in wrong, it can lead to tragic results. The panel’s strike face is created to slow and disperse the energy of the bullet. The backside of the panel is created to reduce the trauma. If the panel is flipped, there’s no promise of the vest stopping the bullet.

Each year, during the International Association of Chiefs of Police, DuPont has a ceremony for officers who have been saved by the Kevlar body armor. Numerous officers recognized during this ceremony were saved from the impact of their patrol car’s steering column after an accident, not just from bullets.

18 – Bulletproof Vests Are Not Body Suits

Body armor isn’t a high-tech body/running suit. When a person is being fitted for their vest, they need to take and hold a deep breath. This is the gap wanted between the body and the armor panels. The gap will help in reducing trauma should a bullet be experienced. It also makes it easier for officers to run and fight. Simply put, the functions of the bulletproof vests do better when it moves. The straps need to be pulled on and tension felt. Many new officers try strapping on their vest like it’s a girdle or corset; but, doing this can make them feel like someone is sitting on their chest when they have to give chase on foot.

It’s important to understand that once a law enforcement officer has been shot in the bulletproof vest, he/she needs to attain a new one. After all, the fibers have been ruined by the bullet and cannot be repaired.

21 – Protection Must Be Found In Both The Front and Back

It does not matter what time of year it is, law enforcement officers must use both their front and back panels to protect themselves. Too often, many cops will use just their front panels during the summer. Thugs don’t care if it’s the summer or not; if they can get a clean shot at an officer, they’ll shoot at whatever they can… Including at an officer’s back.

22 – Use The Trauma Pad On The Bulletproof Vest

Many cops like the back pocket in their carrier that holds the trauma pad. Too often, cops will place their backup gun holster or cell phone in it. Don’t do that! Use it for the trauma pad, as it has been designed for. If the wearer is shot in the vest, the trauma pads will reduce the bruising that occurs.

24 – Women Officers Should Have Body Armor That Caters To Them

Women must have additional trauma security for their chest, and for that, their vests should have real bra style cups…similar to what’s on a one-piece swimming suit.

Most bulletproof vests issued to law enforcement in the U.S. come with a 5-year warranty, which is the NIJ standard. This is how long your body armor is expected to hold its rating. Your vests true rating and how much protection its actually providing is affected by how often it’s used. If you are wearing it every day on the job it is getting far more “wear and tear” than if you only use it occasionally, and this weakens it.

You should inspect your vest’s ballistic panels after you’ve owned it for several years. Look for any damage at all, like tears, creases, burns or even a suspicious smelling odor. Follow the instructions on how to care for your ballistic armor as well and it should last longer.

26 – Bulletproof Vests Must Be Rigorously Tested

According to a tenacious rumor throughout the police community, bulletproof manufacturers reinforce spots the NIJ shoots at before certifying the vests. However, testing protocol doesn’t allow body armor manufacturers to do this.

As you see, there’s much you did not know about body armor and you can also see why it’s vitally important every law enforcement officer in the nation, and world, use their bulletproof vests. Wear yours today and you can go home tonight!

If you have any comments or a question please do not hesitate to leave a quick message in the comments section at the bottom of this page. 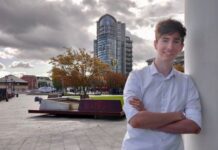