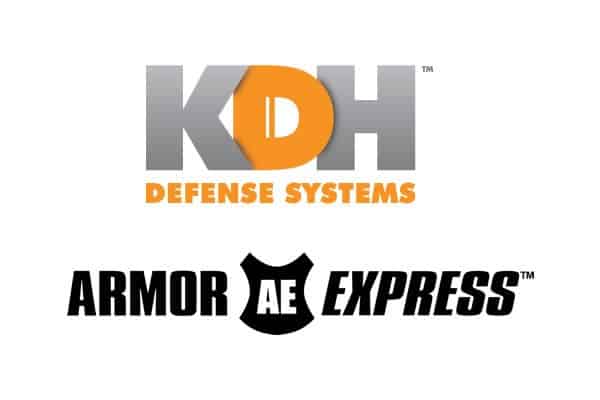 Since Armor Express was founded in 2005, it has been one of the leading suppliers of concealable and tactical body armor systems to Law Enforcement, with a distribution network spanning the United States and select international markets. The Company has also expanded in recent years, becoming one of the largest providers of protective solutions to Federal Law Enforcement, on the heels of recent contract wins with the Department of Homeland Security and other prestigious Federal agencies. Similarly, KDH is one of the prime manufacturers of protective gear for the Department of Homeland Security and has several contracts with other Federal agencies, in addition to its long-standing heritage as one of the largest suppliers of body armor systems to the U.S. Armed Forces. Since KDH was founded in 2003, it has produced various versions of the Outer Tactical Vest (“OTV”), Improved Outer Tactical Vest (“IOTV”), Soldier Plate Carrier System, ATPC Spear system, Modular Scalable Vest (“MSV”), Light Air Warrior System (“LAWS”), Ultra Low Visibility Concealable Body Armor (“ULV-CBA”), and other related products and accessories. Today, KDH is believed to be the largest provider of body armor to the U.S. Armed Forces.

It was also announced today that James R. Henderson has been appointed Chief Executive Officer of Praesidium, the Holding Company that owns both Armor Express and KDH Defense Systems. An industry veteran with over 30 years of operational and financial experience, Jim also served as Chief Executive Officer of Point Blank Enterprises, Inc. and was instrumental in the Company’s expansion and growth with the U.S. Armed Forces, Domestic and Federal Law Enforcement, and internationally. He also was responsible for fostering strategic partnerships with supply chain and technology leaders, while working with the industry to optimize performance and deliver the highest quality solutions to our protectors.

Commenting on today’s news, Mr. Henderson stated, “The combination of Armor Express and KDH is a win for the industry and the thousands of end-users who rely on both companies’ life-saving protective solutions. Manufacturing capacity, ballistic R&D and carrier design capabilities are significantly enhanced, and the platform for growth has never been stronger. The opportunities to continue to partner with leading fiber, fabric, material and component companies are limitless and together, Armor Express and KDH will drive innovation and deliver the highest-performing body armor systems in the industry. We look forward to working with our partners and exploring ways to improve further.”

Matt Davis, founder of Armor Express and Dave Herbener, founder of KDH, will both serve as President of their respective organizations, reporting to Mr. Henderson. Manufacturing of Domestic and Federal body armor will continue to be performed at Armor Express’ facility in Central Lake, MI and KDH will continue to produce on its Military, Government and Federal Law Enforcement contracts at its manufacturing facility in Eden, NC.

About Armor Express
Armor Express is a leading manufacturer and distributor of high-performance body armor systems. Founded in 2005, the Company has grown to become one of the largest providers of soft and hard armor products and accessories, serving the domestic and Federal law enforcement market, U.S Military and America’s allies around the world. Through its strategic partnerships with technology innovators and its unwavering commitment to advance research & development, the Company’s customers benefit from state-of-the-art protective solutions and best-in-class service.