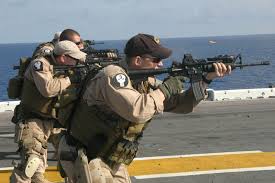 Safariland, a Jacksonville company that makes body armor and other equipment for law enforcement agencies, has a new owner. But he’s a familiar one, having bought the company once before. Warren B. Kanders, through an affiliate of Kanders and Company, Inc., has purchased Safariland from BAE Systems for approximately $124 million. Kanders was chairman of Jacksonville’s Armor Holdings in 1999 when it acquired Safariland for $41 million.

BAE Systems bought Armor Holdings, including Safariland, in 2007 for $4.1 billion. The pending sale was first announced in May and finalized last week. Kanders will join as the chairman and CEO. Scott O’Brien will continue as president.

Safariland has 315 employees at its Jacksonville plant on International Parkway. It has another 1,400 employees at its other locations in Ontario, Calif.; Pittsfield, Mass.; Casper, Wyo.; and Tijuana, Mexico. BAE continues to operate a ship repair business in Mayport, employing 875 people, a spokesman said. Kanders said he’s been trying to purchase Safariland from BAE since it was part of the 2007 sale. He’d purchased backpack maker Gregory Mountain Products, which was also part of Armor Holdings, from BAE in 2008.

But the Safariland purchase was delayed, he said, by the Justice Department because of the case involving illegal payments made by Richard Bistrong, former vice president for international sales at Armor Holdings.

Bistrong pleaded guilty in 2010 to one count of conspiracy to violate the Foreign Corrupt Practices Act and is scheduled to be sentenced Tuesday in U.S. District Court in Washington, D.C.

“I know this company,” Kanders said. “I owned it for 12 years, and I like the fact that I’m making products for law enforcement.”

He said that the Safariland division now has revenues of a little more than $200 million a year. But when he sold it to BAE in 2007, revenues were in the high $300 millions. “I think we can grow back to that,” he said. Kanders first gained control of American Body Armor, which later became Armor Holdings, in 1996. 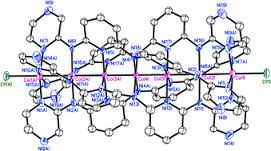 Aluminum ‘Nanometal’ Is strong As Steel