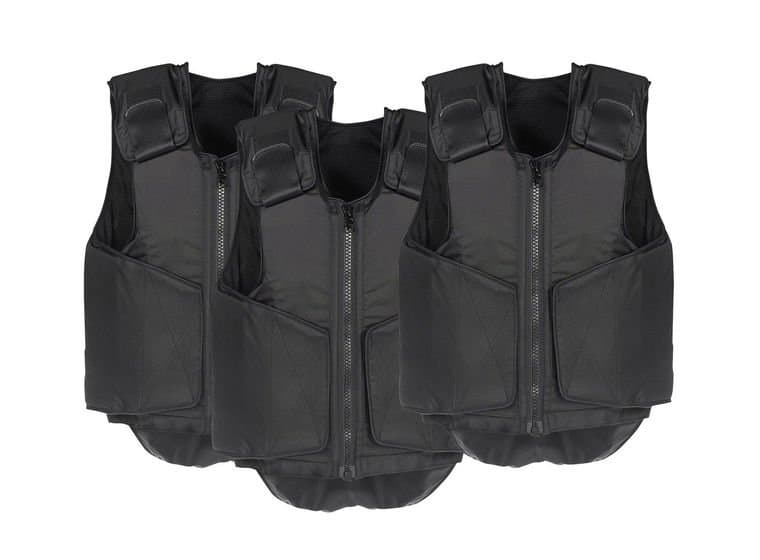 If you think hot summer days are tough, imagine wearing a bulletproof vest inside your shirt every minute you’re at work.

The Grand Island Police Department’s uniformed patrol officers and Hall County Sheriff’s Department deputies wear those vests when they’re on duty year-round.Sporting a vest in hot weather can make the workday difficult.“It does. But it beats the alternative of not wearing it and needing it,” said Capt. Dean Elliott of the Police Department.

The situation is a case of being hot and sweaty “versus not having something there to stop a bullet,” Elliott said. “When you need a bulletproof vest, that’s not the time to be thinking, ‘Where’s my vest at? I wish I would have had it on.’”Hall County deputies are required to wear bulletproof vests whenever they’re working.“But then there are certain circumstances where our plainclothes guys have to wear them as well,” Sgt. Quinn Webb said.

Wearing the vests can be difficult because they retain heat.“So if you get out in the heat and get warm, even if you get in someplace where there’s air conditioning, it holds that heat in there. So it can be pretty miserable,” Webb said.In the past, police officers have sometimes questioned whether they need to wear the vests while testifying in court. But that has not been a big issue, Elliott said. For the most part, “the officers understand it’s for their safety and their protection that those policies are in place.”Sheriff’s deputies are also required to wear the vests while they’re in court, Webb said.

The vest is “considered part of our uniform.”Wearing a vest is OK for deputies when they’re driving around in a car. But it’s more of a burden for those working the day shift who spend a lot of time outside, Webb said. If there’s an accident and “we have to have somebody out in traffic,” possibly for long periods of time, “then we kind of get concerned about guys overheating and getting a little too warm, especially with those vests on.”The Police Department spends $849 to outfit each uniformed officer with a vest. The vests are custom-fit for each officer.

The vests are designed to withstand most pistol rounds. Members of the department’s tactical response team wear heavier vests that will stop rifle rounds.“They have big, ceramic plates in them,” Elliott said.Effectiveness of the vests lessens over time. The vests worn by uniformed officers are under warranty for five years.

But the Police Department took a vest that was 13 or 14 years old to the shooting range just to test it. It still worked fine, Elliott said.Bulletproof vests are lighter than they were 20 years ago, Elliott said. Those vests are more pliable, but they still restrict air movement. So wearing them can still be warm.

Fighting fires is toughest when humidity and temperatures are high, said Cory Schmidt, Grand Island fire chief. The extra layers firefighters wear are helpful in the winter.But it’s hard to stay cool in the summer.“Fire operations in the summertime are grueling,” Schmidt said. “Just imagine someone going outside in their heavy, heavy winter clothing, gloves, jacket, pants, on top of your regular clothes. It really drains you quick, makes you run out of energy.”All of the fire engines are stocked with water for the firefighters.

“We try and keep everyone hydrated, but it is a challenge,” he said.The department has purchased cooling vests that “help keep our core body temperature a little cooler,” Schmidt said. Some of those vests have ice packs that fit into the jacket, he said.Battling a fire in an attic can be very warm even if the temperature outside isn’t.

A big issue firefighters face is adjusting to warmer temperatures in the spring or fall.“Occasionally, you’ll have a very, very warm day, and our personnel just aren’t used to it,” Schmidt said. So department personnel are encouraged to get outside to get used to that heat.“It’s hard for someone to work in an air-conditioned space and all of a sudden go outside and work. So our people are very good at being active outdoors. I think that does help,” Schmidt said.

An air-conditioned command trailer is taken to the more involved fires. Shift commanders try to rotate firefighters into that trailer so they get a chance to cool off, he said.Grand Island hasn’t yet seen a triple-digit day this year. The hottest temperature was 98 degrees on July 12.In fact, the month of July has been 0.6 percent cooler than normal. But there’s still a ways to go until the end of July, noted Cindy Fay of the National Weather Service in Hastings.

The month of June was 0.2 percent warmer than normal in Grand Island.A cool front moving through means less muggy conditions through Tuesday, Fay said. The high temperature in Grand Island on Tuesday is expected to be 83.