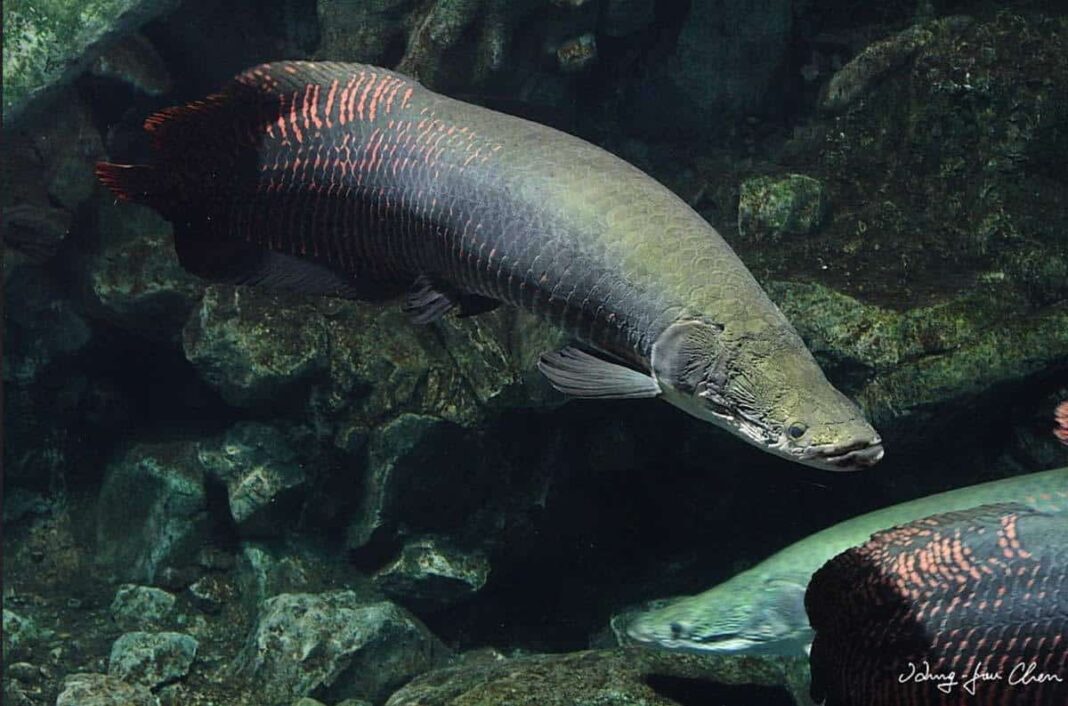 A natural “bulletproof vest” has been found on one of the largest freshwater fish in the world. These flexible scales help it withstand savage attacks from piranhas in the deadly Amazon River basin.

Researchers from University of California at Berkeley and University of California at San Diego have found that the scales on the Arapaima gigas fish are uniquely structured with incredible properties that make them act like body armor. These findings can inform the development of more protective body armor for humans. There may also be applications for the aerospace industry.

Arapaima (a.k.a. pirarucu) fish can grow to be 10 ft. long and weigh as much 440 lbs. They breathe air, and live out of the water for up to a day. They inhabit rivers throughout Brazil, Guyana and Peru, all swarming with piranhas known for their overpowering feeding frenzies.

Today’s life forms are the result of millennia of evolutionary development in which predators have developed better ways to kill – like razor-sharp teeth – and their prey develop better ways to avoid being killed. For example, the scales on various fish, the dermal armor on dinosaurs and even mammals throughout centuries. The scales on the Arapaima fish have the same features and qualities of a bulletproof vest. However, the elements are more effectively incorporated into a single impenetrable piece while still being flexible.

UCSD materials scientist, Wen Yang said, “Such incredibly tough yet lightweight materials like these fish scales are being very hotly pursued by materials scientists today.” Yang helped lead the research team that published the study in the journal Matter.

“The natural fish scale armor is similar to manufactured body armor in that they both have a scale overlapping design. The difference is that these fish scales are much lighter while still being tough and they don’t impede the fish’s locomotion or flexibility,” Yang elaborated. “We can’t discount the fact that these fish scales evolved over hundreds of millions of years, making them extremely advanced.”

By testing the scales in a laboratory, the researchers found that the outer layer is a hard-mineralized substance that resists being penetrated. It is attached by collagen to an inner layer that is extremely tough but flexible. Collagen is the primary protein in skin as well as other connective tissues throughout the body.

The layered structure of the scales can get bent if it is bitten by a piranha, but it does not tear, break apart or become pierced, which keeps the fish from being injured or killed.

“Yang said, “We saw how the collagen fibers became deformed without being destroyed, including being folded, twisted, stretched, slid and delaminated.”