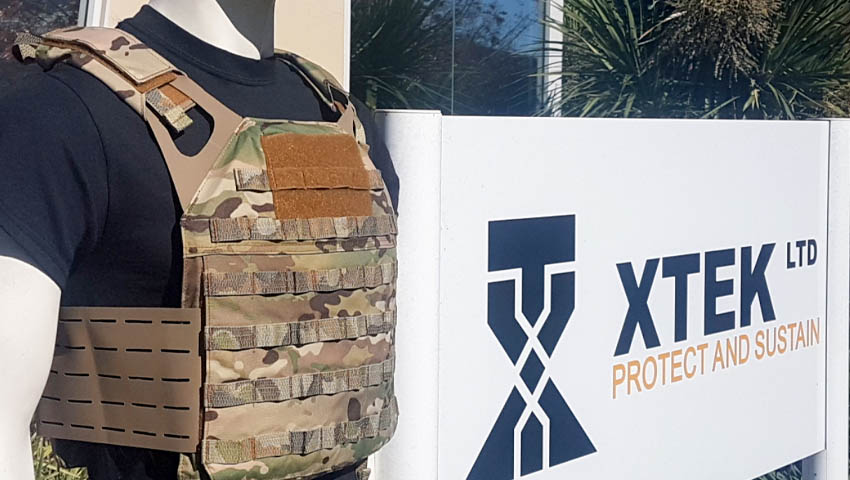 The share price of body armor and ballistic helmets company Xtek has tripled in the past nine months as investors factor in large orders from Ukraine and a push by surrounding countries such as Poland to build up their own defence capabilities.

Scott Basham, chief executive of Xtek, said the group was in a strong position to make further sales after a $US33 million ($49 million) order to supply 120,000 items, including body armour and helmets, to Ukraine in its battle against Russia, was filled in late September.

“We believe we’re perfectly set up for further follow-on orders,” he said. Demand is also rising in other countries in Eastern Europe that are bolstering their own defence forces. “There’s a lot of escalating and rebuilding … the global tailwinds for our lifesaving body armour are pretty strong now,” he said.

Mr Basham said the time taken once the contract was signed to the final delivery on the ground in Ukraine was just 113 days, which included production of the equipment. It was transported in weekly and fortnightly tranches and was shipped on 400 pallets.

“The last eight to nine months have been a big period of activity”.

Xtek runs the HighCom Armor business in Columbus, Ohio which is the biggest production centre, and also has a higher-end facility opposite the former Holden car factory in Elizabeth in Adelaide’s north.

The company employs about 120 people across the two sites, and also runs a defence and technology software system business.

Mr Basham was hired as chief executive in early 2021, and he said the decision by previous management to acquire HighCom in Ohio three years ago was a smart strategic move because it gave much better access to US military and defence customers.

Xtek also had good links into law enforcement agencies in the US.

Mr Basham said the group is poised to ramp up its presence in Poland.

Xtek shares were trading at 16.5¢ in late February and are currently sitting at around 52¢.

Raw material inflation in the United States has been more than 10 per cent, even though the company has been on the front foot in ordering early and buying bulk.

Specialist materials such as carbon fibre, Kevlar, ceramic plates and polyethylene are used in the production of the hi-tech protective equipment.

“Everyone in our game was trying to source the latest and greatest,” Mr Basham said. “The prices certainly went up.”

Demand around the world for protective armor and helmets has risen sharply for all players in the industry.

The Adelaide plant is pitched at the premium end and also does significant research and development on site. “The Adelaide plant we say is more in the Ferrari and Lamborghini segment. In the US it’s more like making Toyota Corollas.”

You’re Not Safe: These Russian Rifles Are So Deadly They Can...