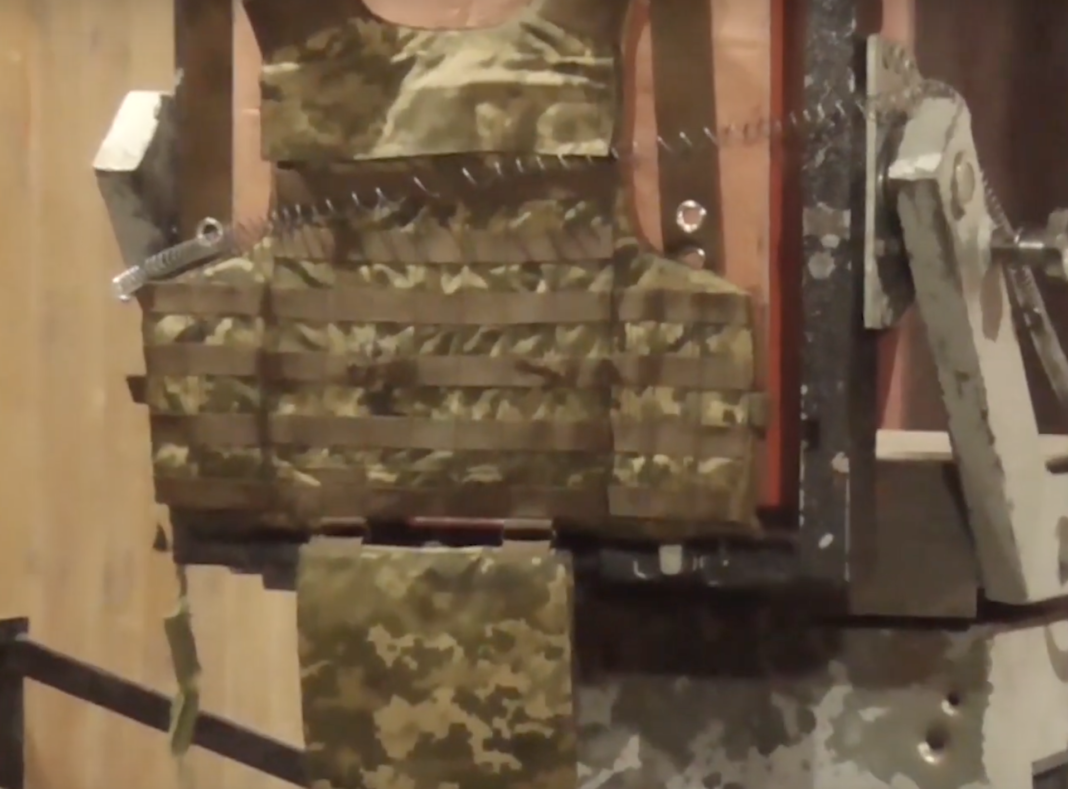 Damages to the Ukrainian State caused by purchasing substandard defective body armor at ridiculously high prices is believed to be approximately UAH 100 million.

The State Bureau of Investigations (SBI) recently released excerpts taken from intercepted conversations in which officials from the Ministry of Defense were talking about the purchase of substandard and outright defective body armor.

“Considering the public interest in the investigation into the defense ministry’s procurement of body armor gear and equipment at inflated prices that does not meet the technical protective requirements, we are releasing specific (secretly recorded) excerpts of conversations between these officials. They were obviously aware that bullets could penetrate these armor vests. But, despite knowing this they agreed to accept the order from the manufacturer,” said the statement.

“To accurately assess the extent of the defects in these products, a number of inspections have been scheduled. But preliminary data shows that these official actions have financially damaged the state by approximately UAH 100 million,” according to the SBI.

A video, which can be seen on the SBI YouTube channel, explains the extent of the deficiencies in the body armor the defense ministry purchased and the protective and technical requirements it failed to meet.

The recording released features the alleged discussions among ministry officials.

When a military official asked the technologist about the results of the tests, you can hear him saying, “And she knew ahead of time how many defective vests were in the order? I heard that everyone guessed the same amount.” The person replying said, “We recently found raw metal. To be totally honest, this is all cr*p! From what I can see it is clear. This is for the most part…I accept that the lion’s share of this is my fault.”

In another exchange, a military official asks a co-worker about the technologist’s evaluation. “She said that it’s all a mess, a really bad job,” was the answer.

On June 26ththe UNIAN reported that it was learned that the SBI had done a total of 40 searches of Ministry of Defense officials. This was when they were investigating how substandard and defective body armor and other protective gear meant for Ukraine’s Armed Forces was purchased and at such inflated prices.

Criminal proceedings have been ongoing since late April, which is when investigators started collecting evidence, according to Roman Truba, SBI Chief.

Out of 20,000 armored vests that were purchased, 3 out of 5 vests failed the tests, according to verification records. Suppliers and officials both were completely aware of this fact. They knew that the gear failed to meet the technical requirements but went ahead with the purchases anyway.

Eleven thousand vests were seized. Furthermore, 100,000 sets of uniforms for the military were purchased at inflated prices, along with defective tents.

How All of Us Might Benefit from Body Armor Protection