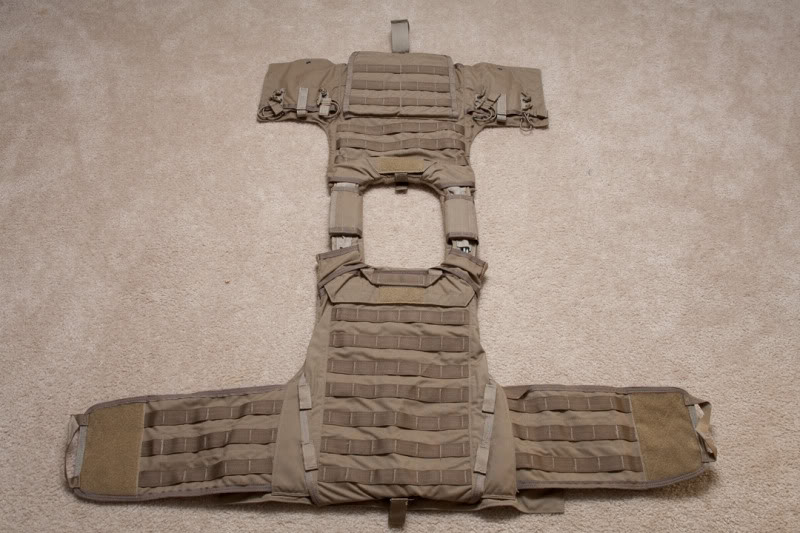 ‘The body armor vest is similar to the RBAV-SF, currently used by several elements with the special operations community, but includes enhancements like ‘wire management’ concealed in the body armor vest. So now there are no snag hazards. They can put all of their batteries, MBITRs, and all that stuff. It also has an integrated hydration system on the back as well as a full MOLLE [compartment fastening] platform across the back of the vest.’

‘Another difference is small but significant,’ Haynes added. ‘If you compare it to the RBAV-SF, you’ll see some design changes. We found out that when they are sliding out that it was getting snagged on things. So what we did was to extend the length of the body armor vest and brought the ‘wings’ out further so that it overlaps more. When we did that we realized that there was a lot more usable ‘MOLLE real estate’ across the back of the body armor vest than what we have on RBAV-SF. So we actually brought the MOLLE all the way over so that it ties in all the way around, providing a whole new area of usable space that wasn’t there before.’

‘So snag hazards, wire management, are things that are very important to users,’ he added. ‘And in addition we just ‘cleaned it up’ a lot to make it more usable. And I’m sure that the other forces will adapt it as well.’

EnGarde Teams Up With Royal Zoo For Conservation Effort