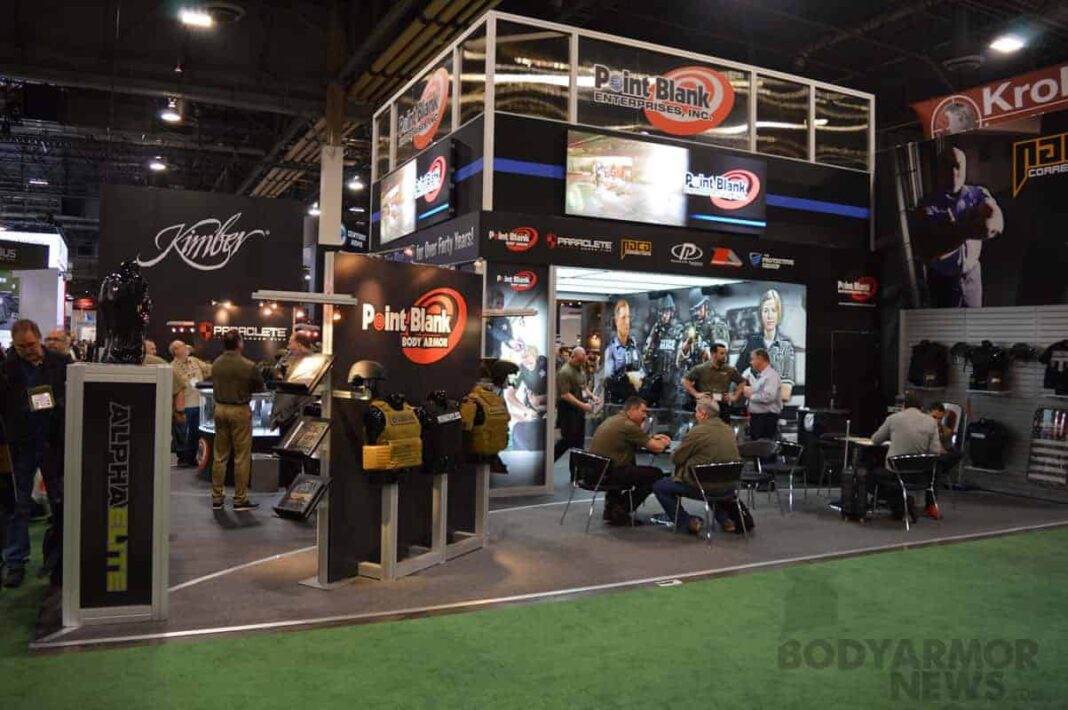 Body armor company Point Blank Enterprises, who manufacturers body cameras and bulletproof vests, is no stranger to controversies. Over the years they’ve had quite a few, but somehow they always seem to recover unscathed.

Former company CEO David H. Brooks is a colourful character, having bought himself a jewelled belt buckle with $100,000 of company funds and hiring A-list performers like Tom Petty and 50 Cent to entertain guests at his daughter’s lavish bat mitzvah. In 2010, he was convicted of fraud and insider training, which got him a 17-year prison sentence. The following year Point Blank Enterprises was fined a total of $1,000,000 by the federal government for knowingly selling the military defective bulletproof vests. In 2016 David H. Brooks died in prison.

The company survived those scandals along with its Chapter 11 bankruptcy like someone rising from the dead. Now we’ll see how the company navigates its next big legal challenge and public relations fiasco. Point Blank faces a class-action lawsuit brought by Ohio and Florida police unions. The lawsuit, which was filed in federal court earlier this month, claims that police officers around the country are being sent out into harm’s way wearing faulty bulletproof vests. To add insult to injury, these vests cost police officers and departments $700 apiece.

The allegations are that, “The Point Blank SSBS vests cannot reasonably be relied upon for protection, which is their intended use. The SSBS vests therefore create a life-threatening safety problem for officers.” Furthermore, “The Company concealed that they knew their vests had a manufacturing defect, one that poses an imminent and significant risk of serious injury and death.”

In a statement issued Monday by Point Blank, they categorically deny the allegations. The Company states that despite millions of vests being sold and worn by officers across the country, “no one has been injured or killed” due to a manufacturing defect.

“We have a reputation that spans over 40 years of protecting and saving the lives of those in the United States military and in law enforcement across this great nation. Point Blank makes high-performance body armor products of the highest quality,” said CEO Daniel Gaston.

Ohio State Troopers Association filed the lawsuit Thursday, in conjunction with the International Union of Police Association, which is a Sarasota, Florida organization representing Florida officers and others across the country. According to the lawsuit, these bulletproof vests do not comply with the design standards that other bulletproof vest manufacturers use.

The issue is that the shoulder straps routinely disconnect from the vest’s ballistic panels (which are what stops bullets). They come loose on the front as well as the back. When this happens, officers have no choice but to stop whatever it is they’re doing and get to safety where they can fasten their vest back together using either safety pins or duct tape, according to the police unions.

The lawsuit names three Ohio troopers who claim they bought the vests and when they wore them they had to repeatedly refasten them in the field. Trevor Koontz, an Ohio State Trooper, said he was at the 2016 Republican National Convention in Cleveland on foot patrol when his vest suddenly apart. This caused a huge safety issue. When Koontz confronted Point Blank Enterprises regarding the issue, the company simply refused to honor the product’s five-year warranty.

Damages From Kolon To DuPont Over Kevlar Backed By Judge