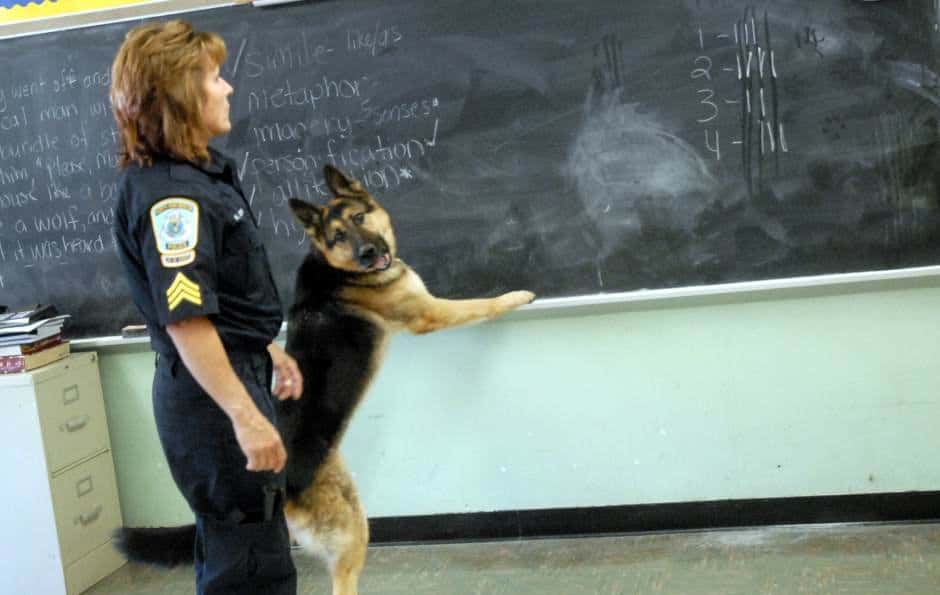 After years of performing tracking and confronting gun-wielding suspects, protective Kevlar vests have been donated to the dogs at North Huntingdon police department. Three police dogs — Colt, Nero and Vegas — will wear the vests while tracking and performing drug investigations.

“It’s a peace of mind,” Sgt. Kari Bauer, a dog handler with the department, said. “We have to send our dogs in. The vest is just going to be a peace of mind.”

The vests, donated by Vested Interest in K-9s Inc., based in Massachusetts, have advanced technology to protect dogs from bullets, stabbings and blunt-force trauma. The nonprofit group gets the vests at a discounted rate of $950 instead of the typical rate of about $2,100, and donates them to police dogs.

“They’re the first one sent in the line of duty, and they’re in harm’s way,” said Sandy Marcal, founder of Vested Interest in K-9s.

They need the same protection as their human officers.

North Huntington’s police-dog unit was re-established in 1991 after a brief hiatus, Bauer said. The dogs have gone without vests since 1992.

Among other pieces of equipment, the dogs have tracking harnesses used to lead handlers during searches and basket muzzles to learn how to fight without their mouths.

The dogs were given Kevlar booties for protection from shards of glass and broken metal when they were called to assist with rescue efforts at the World Trade Center in 2001, Bauer said.

Handlers and their dogs are called to track lost people and sniff out hidden drugs. Because the dogs’ sense of smell has capabilities beyond a human’s, the dogs have helped the department find bags of drugs covertly hidden in cars and homes, Bauer said.

“We’ve definitely got a ton more arrests with a K-9,” she said. “It’s a huge asset in drug work.”

Although handlers never would send dogs into a situation deemed too dangerous, Bauer said, they should be prepared to make the dogs first responders.

“If there’s a bad guy in a building with a gun, you’re never going to send your dog in there, you’re going to send SWAT,” she said. “But sometimes we don’t know, and we have to send our dogs in.” Since Vested Interest was incorporated in 2009, it has donated more than 450 vests to dogs across the country. Four departments in Pennsylvania, including North Huntingdon, have been recipients.

“We think every dog, no matter what they’re doing in law enforcement, needs a vest,” Marcal said. “Even a bomb dog. Depending on where the dog is when that happens, shrapnel could be a concern. If they’re in a certain proximity, the vest can help.”