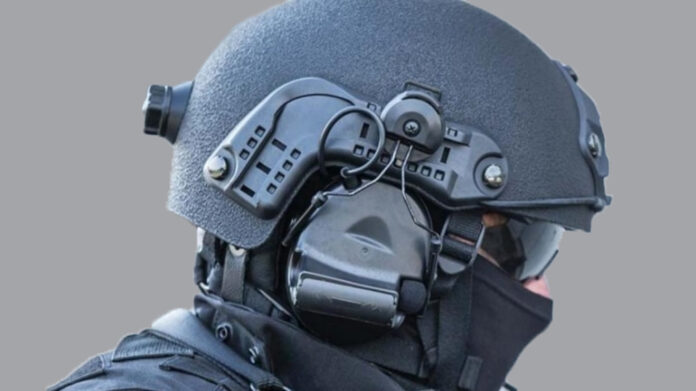 In a major step towards enhancing the personal protection of its soldiers, the Indian Army has begun the process to acquire 100,000 ‘AK-47 protected’ helmets. It will be one of the world’s largest procurements of these specialised ballistic helmets.

On June 23, the army’s Infantry Directorate kicked off the process by issuing a Request for Information (RFI) on Indian and global helmet manufacturers. The directorate also conducted a preliminary meeting with a handful of helmet manufacturers in New Delhi on July 13. The Request for Proposals will be issued in February next year. The budget for the procurement is not known but assuming each helmet costs Rs 50,000, the army could be looking at a Rs 500 crore order. The new helmets will replace the ‘bulletproof patka’ that has been in service since the 1990s and the stopgap helmet supplied by the Kanpur-based MKU in 2018.

Each AK-47 bullet flies at nearly twice the speed of sound and delivers a massive 2,000 joules of kinetic energy that can inflict fatal trauma even on victims wearing body armour and helmets. Recent advances in ballistic technologies, though, have created helmets capable of reducing the impact of an AK-47 round to less than 10 joules.

The army’s new helmet will also have to support various accessories like night-vision goggles, a torch, visors and face shields. More importantly, it has asked for the new helmet to protect against the AK-47’s 7.62×39 mm Mild Steel Core and Hard Steel Core bullets from 10 metres. Mild steel core bullets are most commonly used, while hard steel core rounds are those designed to penetrate metal and body armour.

In two firefights in the Kashmir Valley, one in Pulwama in 2017 and another at Lethpora in 2018, militants had used armour-piercing AK-47 bullets. On June 20 this year, BSF jawans in Kathua shot down a Pakistani hexacopter carrying a US-built M4A1 Colt carbine and two magazines with 60 M855A1 Enhanced Performance Rounds (EPR). These are regular 5.56×45 mm NATO rounds with a steel penetrator tip that can easily penetrate the Level III body armour worn by Indian security forces.

When the army was inducted to fight the insurgency in Jammu and Kashmir in the early 1990s, its soldiers were equipped with the Model 1974 fibreglass helmets, which offered inadequate protection against bullets and splinters. An improvised low-cost solution, the ‘bulletproof patka’ helmet was designed by Major General V.K. Datta in the early 1990s, and is still the standard issue in counterinsurgency operations. It is a circular sheet of armoured steel wrapped in canvas. While it protected the soldier from the bullet itself, it was less successful in protecting the wearer from the trauma of the bullet’s impact. Additionally, bullets ricocheting from the helmet could also injure soldiers standing near the wearer.

In 2018, the army placed a Rs 170-crore order for 158,000 helmets from Kanpur-based firm MKU. The helmets were, however, found to offer inadequate protection against the AK-47 bullets commonly used by militants. A stop-gap AK-47 protector—a modular ceramic add-on plate produced and designed by another body armor manufacturer—was then issued to troops.

Next-Gen Armour: Designing Systems For The Future Of Law Enforcement

Next-Gen Armour: Designing Systems For The Future Of Law Enforcement