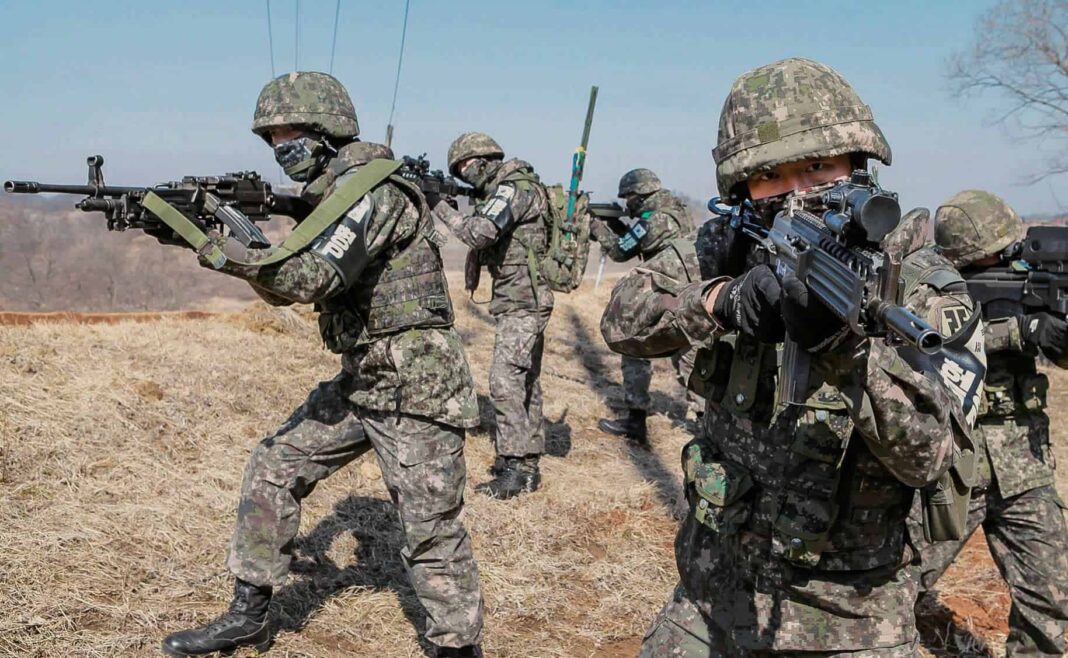 A recent report found that the Ministry of National Defence’s military body armour was unable to stop any North Korean bullets, and because of that, it’s caused a South Korean fraud scandal to erupt.

The Board of Audit and Inspection issued the report saying the MND offered special treatment to one company, which supplied the South Korean military with penetrable military body armour. The report doesn’t name the company, but according to the South Korean media, it’s Samyang Comtech, a company based in the country’s capital – Seoul.

The report said an analysis of the rounds shows the North Korean army uses both common rounds and Armour Piercing rounds. In June 2015 test results, the company’s body armour was AP-penetrable.

Samyang Comtech has yet to comment about the report.

What The South Korean Military Did For Military Body Armour

In 2007, the South Korean military put together a project to create Liquid Armour, which is an innovative kind of bulletproof armour that can stop AP rounds and common rounds effectively. In October 2011, the project was abruptly halted and the explanation from the MND was that the liquid armour wasn’t suitable for use.

However, the investigation from the Board found the real reason for the sudden shutter: an MND official was “in bed” with Samyang. The secret agreement allowed the company to become the sole military body armour supplier for the South Korean military.

The investigation also revealed Samyang Comtech had lobbied MND to reduce the Required Operational Capability to maintain its monopoly. A reduction in this ROC meant bulletproof vests were no longer bulletproof from the AP rounds the North Korean military uses.

The report found Samyang would have given over 300,000 failed vests to the South Korean military until 2025, costing around $240 billion in U.S. dollars (270 billion in Korean won).

According to military experts, there are two key reasons behind the production in inappropriate body armour.

The MND recently announced it would look closely at the inspection results and implement in measures that ensure that military body armour keeps the wearers safe.