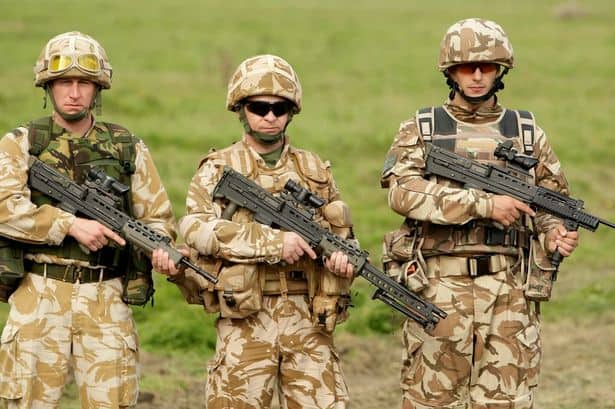 A recycling boss sold old British military equipment worth £12million to the Jordanian Army after he was paid to scrap it, a court heard. Sidney Nicholls posed a “serious risk” to national security by selling the kit – which included military armour subject to strict secrecy rules. The recycling consultant worked for a firm which had a contract to scrap Ministry of Defence equipment. Worcester Crown Court heard it included Kevlar body armour, helmets and riot shields used in conflicts.

Nicholls stockpiled the items and agreed to sell them to a broker who visited his firm in Kidderminster, Worcs. The Jordanian Army agreed to pay £250,000 – with the scheming 53-year-old due to get a £100,000 payday. But the MoD intercepted the 60 pallets of stock on a ship destined for the Middle East and Nicholls was arrested. Prosecutor Peter Grieves-Smith said: “If sold outside the MoD system, it would present a serious risk to national security. “It could be possible to work out the strength of British military armour and what ballistic force would be required to defeat it.”

The court heard all the items were accounted for and would have been valued at £12million when bought for brand new. Nicholls, from Stanford Bridge, Worcs, admitted fraud by false representation and was jailed for two years. His barrister Shawn Williams said: “He is not a person who is not patriotic.”