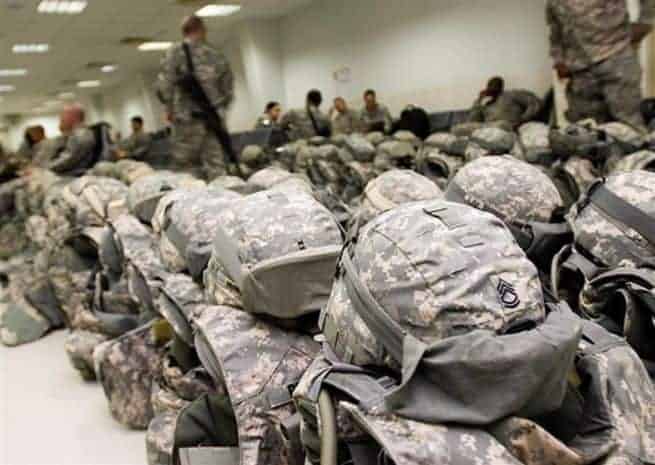 How the Most Powerful Armies in the World Use Ballistic Vests

Various forms of body armor have been in existence about as long as guns. However, the types of protective gear that can actually stop rifle fire only go back fifty years. This gear uses various technologies and innovative configurations to keep soldiers safe. However, the designs vary a great deal among nations and you will even find variations between different branches of the military of the very same nation.

Stronger armor that is more lightweight is continually being developed with more advanced technology. Most military bullet proof vests these days are designed around a hard plate meant to stop rifle rounds. Older protective systems, like the standard issue flak vests and standard police vests, might only be made of soft armor. The more recent protective systems, such as the Ranger Body Armor (RBA), have been designed around specialized ballistic plates.

American-made systems call these plates Small Arms Protective Inserts (SAPI). The most advanced ballistic plates in use today, the XSAPI and ESAPI, are made of high-strength ceramics. Yet, the Russian-made body armor systems of today are still made with steel or titanium plates, not ceramic.

The Russian military’s standard issue 6B23 body armor, as well as the 6B12, its most recent predecessor, still use steel plates.  Ceramic and titanium plates are certainly available in Russia. In fact, previous Russian body armor systems, like the 6B2 and 6B3, were designed around ceramic or titanium plates.

The plates used in Russian-made body armor vests have not been standardized, which means there are variations in materials, size, and shape. The number of plates in each style of vest can vary as well. For example, there are two smaller plates in the rear of the 6B13 so the user can bend over, rather a single plate in the rear, like the 6B43 or the American-made systems.

One reason for this is that vests are being manufactured for specific purposes and therefore have varying levels of protection. However, this concept seems to be dying out with the modular systems 6B43 and 6B45 body armor vests.

There has been a resurgence of steel plates in body armor for civilian use on the American market. This is primarily due to their relatively low cost. The benefit of using metal plates is the fact that they can protect against multiple hits, whereas ceramic plates may not. Unlike ceramic, steel plates won’t crack if they land on an edge when dropped.

The main disadvantage of using metal plates is that bullets will break apart into shrapnel after impact. The problem with this is that this shrapnel can cause major or even fatal injuries to the wearer. Also, metal plates weigh a whole lot more than ceramic plates providing the same protection level.

More advanced technology has been developed that may lead to even lighter weight body armor. The material is known as Ultra-High Molecular Weight Polyethylene (UHMWPE). DSM Dyneema, which is headquartered in Holland, is promoting this new technology since it is the material’s primary manufacturer.

UHMWPE was primarily developed to replace the Kevlar that is being used in soft armor applications. However, UHMWPE can also be used to produce plates, which would weigh nearly half as much as ceramic plates while being a lot more durable.

With UHMWPE you don’t have to worry about a spall hazard, the bullet turning into shrapnel after striking the plate, like with metal plates. Since UHMWPE has been so recently developed, it’s doesn’t yet have the strength of the latest ceramic plates. But, the battle to prove its appropriateness for hard applications is over. Ops-Core FAST helmets are made with UHMWPE and being worn by just about everyone working in Special Ops all over the world.

Plate technology has progressed in a fairly predictable manner, but the systems holding the plates have evolved dramatically. The first of the more modern systems, the British Osprey, American Interceptor and Russian 6B12, all provide broad protection by holding the plates on top of aramid or Kevlar sheets that overlay unprotected areas.

Priorities have changed in recent years, due to the operational experience acquired in Afghanistan and Iraq. Special Ops forces now want lighter vests that offer better mobility. These types of vests were not usually standard issue, but special purchases by the unit. Oftentimes, they only held rifle plates, providing no further soft armor coverage.

The U.S. Army is trying to move in this direction, striving for the Soldier Plate Carrier System (SPCS). This body armor system is lighter while covering less than the last Improved Outer Tactical Vest the Army used. The next generation Modular Scalable Vest (MSV) is now trending since it’s even lighter and basically plates-only body armor.

The Army wants the flexibility to “upgrade” its body armor to more protective, heavier vests and adding various armor modules can scale the MSV up. MSV implements technologies used in civilian vests, like laser cut panels rather than the usual row after row of nylon for attaching MOLLE accessories.

European country armies seem to be thinking along these same lines. They are replacing large heavy aramid plate pocket vests with something more minimal at its base. The Finnish Defense Forces are now using the new Suojaliivi M10 as their standard issue for international missions. This is the modular plate carrier that has replaced their older M05 system, which indicates the Finns are ahead of the game.

The standard issue for the German Bundeswehr is the modular IdZ Infanterist Modifiziert vest, which incorporates both SK1 soft body armor with SK4 plates. But, in certain units, like airborne reconnaissance, minimalist plate carriers are usually preferred, like Lindnerhof’s.

Even the old school Russian 6B43 and 6B45, which retains the soft armor backers and protects the neck and surrounding areas, are lighter weight. They’ve ditched the full gut protection, which used to be standard in the 6B14 and 6B23 systems, preferring the removable flap instead. The 6B45 is modular and scalable in its protection levels, much like the MSV.

It’s impossible to predict how well the recently developed minimalistic vest might work in a conventional war. These vests derived from the operational challenges faced in unconventional environments. A heavy vest is very uncomfortable to wear on long patrols in Afghanistan when the terrain is typically very rough. In a conflict where more artillery is being used, increased soft armor fragmentation protection might be needed.