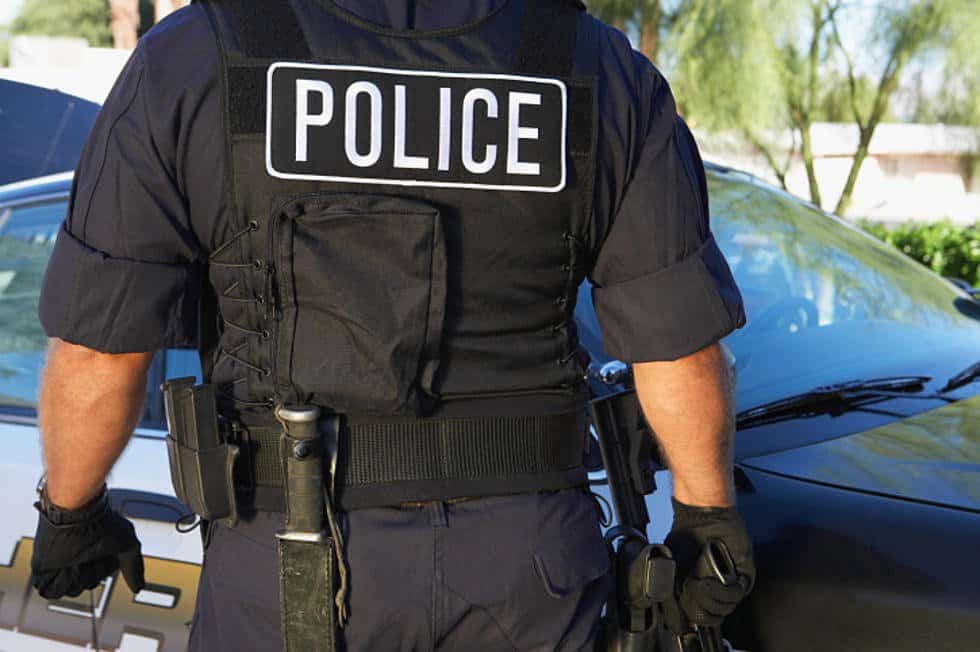 With mass shootings across the country on the rise, Northern Colorado law-enforcement agencies have been evaluating how to better protect officers from a wider range of threats.

Fort Collins Police Services has been researching different options for ballistic plates and vests that would help protect officers from rifle fire, which current body armor does not stop.

Larimer County Sheriff’s Office deputies were all outfitted with rifle plates and ballistic helmets in 2016, according to Sheriff Justin Smith.

Most recently, a Fort Collins-based company provided the Loveland Police Department with six protective vests that would handle rifle fire for its school resource officers. The vests are used in active shooter situations but are not worn as part of full-time uniforms.

Fort Collins Police Services Lt. Jerrod Kinsman said the agency hopes to collect proposals from companies that provide the armor by the end of summer for a system that provides officers front and back ballistic plates.

The criteria: armor that protects against rifle fire; is lightweight enough for full-time wear but capable of providing adequate protection, including for multiple hits from common rifle rounds; and getting the best value for the cost to the city.

Costs for the new gear vary across companies. Rough estimates indicate a cost of $650-$1,000 for each soft armor vest and an additional $450-$950 for ballistic plate protection.

Fort Collins police will have a better idea of costs after companies submit their bids. For now, Kinsman said the agency submitted a $100,000 to $150,000 request to the City Council as part of the regular budgeting process to outfit its roughly 220 police officers with the new gear.

“Historically, we’re just seeing a rise in violence toward police officers, and sometimes, the weapon of choice is high-powered rifles,” Kinsman said.

He cites increased media attention on police activity in the country, “good or bad,” as one reason for the need to evaluate current protection options. Kinsman said the attention has led some to try to address their concerns in violent ways towards officers. He added that the need for increased protection corresponds to a society that is increasingly armed, particularly with high-velocity rifles “that have the capability to do significant harm” to both police officers and other individuals.

Fort Collins police are looking at purchasing armor for the front and back of vests due to a growing trend of officers being ambushed on calls, Kinsman said. It will not only benefit the officers but the people they are trying to help on calls, he added.

“Ever since those events have kind of taken place, it has caused us to re-evaluate our protection level that were offering our police officers out on the street,” he said. The agency has been assessing this need for the past three years.

Though Kinsman said he wishes he could have the armor ready for officers tomorrow, “because I can’t predict when something bad is going to happen,” the process could take several months as the agency vets various types of vests and armor and goes through testing and budget processes.

Community members have also supported the initiative: Many often don’t know that not every vest stops every bullet, Kinsman said.

Various nonprofit agencies collect donations for officers to purchase vests that protect from rifle fire. While Fort Collins police can sometimes accept donations for equipment from residents, Kinsman said his concern is for police officers in smaller departments that may not have the resources to afford better equipment that a larger agency such as Fort Collins does. So, he recommends that those looking to help focus on supplying those agencies.

But, he said, if community members feel the investment in the new armor is valuable, they should make their opinions known to Fort Collins city officials.

Other times, companies will offer donations to police departments, such as Fort Collins-based armorer Steel Ops did with Loveland police. Kinsman said while the agency is grateful, officials prefer to test out various options that meet their needs.

In the case with Steel Ops’ offer, the vests wouldn’t work for Fort Collins police because the armored vests aren’t meant for full-time wear, Kinsman said, one of the requirements set in the agency’s evaluation for new armor.

“We really cannot predict what we’re going to be dealing with on a daily basis. … It’s better to be prepared and ready to go than to prepare yourself after the fact,” he said.

Steel Ops recognizes that its product is not the end-all solution, but the company wanted to find a way to help law enforcement.

The vast majority of body armor worn by law enforcement is becoming obsolete because of the type of weapons now being used by shooters has changed, according to Steel Ops operations manager Joe Trimbath.

“The equipment they have should not impact their decision to not engage with a shooter,” Trimbath said.

In addition to Loveland police, Steel Ops has donated protective vests to law enforcement in Thornton, Mead and Platteville.