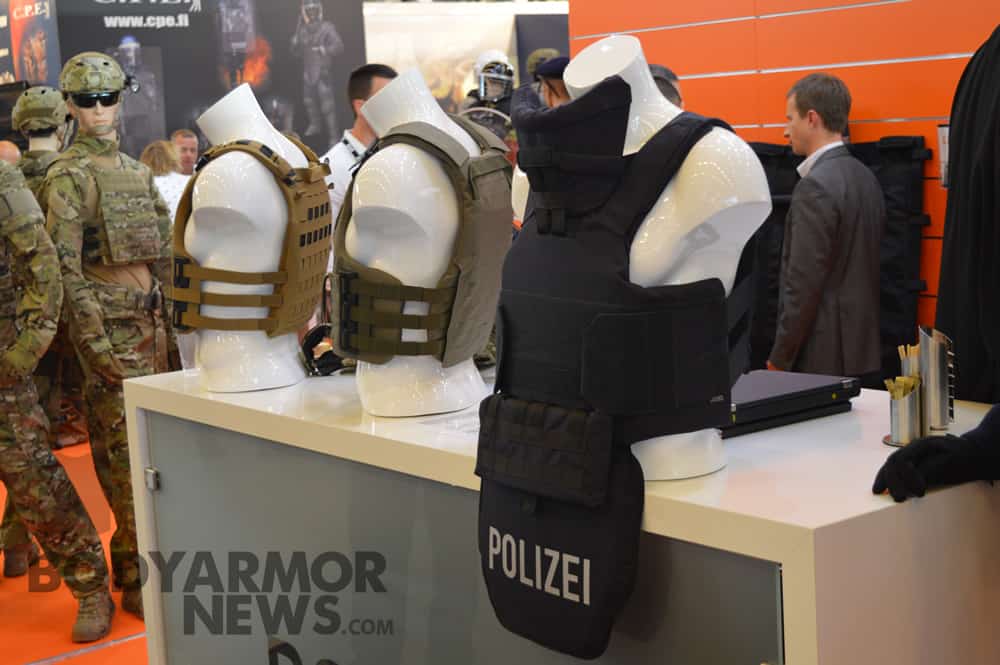 How does body armor actually work?

When a handgun bullet strikes body armor, it is caught in a “web” of very strong fibers. These fibers absorb and disperse the impact energy that is transmitted to the bullet proof vest from the bullet, causing the bullet to deform or “mushroom.” Additional energy is absorbed by each successive layer of material in bullet proof vests, until such time as the bullet has been stopped.

Because the fibers work together both in the individual layer and with other layers of material in the vest, a large area of the body armor becomes involved in preventing the bullet from penetrating. This also helps in dissipating the forces which can cause nonpenetrating injuries (what is commonly referred to as “blunt trauma”) to internal organs. Unfortunately, at this time no material exists that would allow body armor to be constructed from a single ply of material.

Currently, today’s modern generation of concealable bullet proof vests can provide protection in a variety of levels designed to defeat most common low- and medium-energy handgun rounds. Bullet proof vests designed to defeat rifle fire is of either semirigid or rigid construction, typically incorporating hard materials such as ceramics and metals. Because of its weight and bulkiness, it is impractical for routine use by uniformed patrol officers and is reserved for use in tactical situations where it is worn externally for short periods of time when confronted with higher level threats.

Below you can find a small movie which shows the impact of a bullet. This show has been broadcasted by Discovery Channel Europe.

Kevlar DuPont’s been protecting law enforcement with their products for over 25 years, using its Kevlar brand fiber – initially created in 1965. It was the first material of its kind to be used in today’s generation of concealable bulletproof vests.

Kevlar’s existence in the market is the brainwork of Stephanie Kwolek. After the initial creation, and in 1971, it was brought onto the market. DuPont developed Kevlar 29 during the early 1970s, and it was regarded as being the first generation of bullet-resistant fibers. This fiber helped with the creation of bendable, concealable bulletproof vests.

Kevlar 129 is the second generation, brought onto the market in 1988 and offered even higher ballistic protection against things like 9mm FMJ. Kevlar Correctional, in 1995, provided correctional officers and law enforcement protection with its puncture resistant technology.

Kevlar XP is a new development that gives a nearly 15% decrease in back face deformation. The Soft Body Armor technology allows producers to create more comfortable vest designs with a 10% decrease in weight.

4 Fibers Helped With Creation Of Military and Officer Protection Products

For 20 years, these products have offered production to law enforcement and military, with innovation continuing with its Spectra Shield II product line.

• SA-3113 and SA-3118 have soft armor offerings. For SA-3113, it’s all about added well-being and elasticity with high performance level. For SA-3118, it’s boosting the ballistic performance. 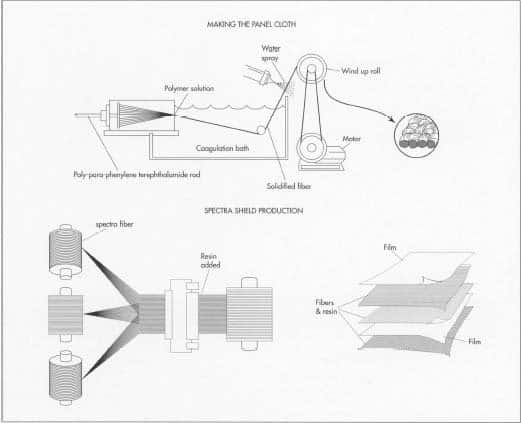 Honeywell created the Gold Flex fabric, which is often seen in bullet-resistant vests. AlliedSignal uses the Shield Technology to create the Gold Shield, which uses aramid fibers instead of Spectra fibers. There are three kinds of Gold Shield:

Twaron® is an aramid fiber created by Akzo Nobel, and it uses more than 1,000 finely spun threads that acts like an energy sponge. It can absorb impact from bullets and send its energy throughout the fiber. Since there are more threads, the impact disperses quickly.

According to the company, the Microfilament technology gives maximum energy absorption at the lowest weight, still giving flexibility and comfort. It also said using Twaron® in vests can tremendously decrease the product’s overall weight, making it comfortable to wear. Akzo said stitching panels comprised on Twaron® layers isn’t necessary and the lack of it causes its lighter load and softer feel all the while giving the same protection.

Dyneema® is another fiber used to create bulletproof vests. Dyneema was created and nearly forgotten. Ron Koningsveld and Albert Pennings were manipulating the polyethylene molecules with a crystallization process. What they discovered were crystals for on stirring rods. This was a first, as crystallizing usually takes place at cooling.

The molecules allowed for a strong binding interaction between each molecule. Upon this discovery, DSM’s Piet Lemstra and Paul Smith went further with the development. Dyneema®, which is a polyethylene fiber, has a high strength-to-weight ratio, is lightweight and floatable and offers a high energy absorption rate.