Tougher than steel and stronger than Kevlar, the new material could lead to a new class of cheap, ultra-light body armor.

Tougher than stainless steel and even the previous record holder, bulletproof Kevlar, a new, transparent material developed by scientists in Israel is the hardest organic nanostructure known to man.

Inspired by an unlikely source — the beta-amyloid proteins found in patients with Alzheimer’s disease — the new material could be applied to make steel tougher and may also lead to cheaper and lighter body armor.

“In principle it may be possible,” to print body armor, said Ehud Gazit, a scientist at the Tel Aviv University and a co-author of a new article in the journal Angewandte Chemie international edition.

Watch videos about the future of military body armor.

“But we are thinking of more straightforward uses: to improve the mechanical properties of composite structures, such as ceramics and bulletproof glass,” he added.

The new material is similar, but not identical, to the brain plaque linked with Alzheimer’s disease. Dozens of amino acids form those beta-amlyoid proteins. The new synthetic proteins only have a fraction of those amino acids and are covered with an additional protective layer to create super-strong spheres.

The spheres are microscopic, ranging in size from about 30 nanometers to two micrometers. The material itself is transparent and easy to manipulate and manufacture.

It is also incredibly tough. Only a diamond-tipped probe could penetrate the material — and to make a dent the probe needed to use twice the pressure of what it would take to make a mark in Kevlar.

All of these properties suggest the new material could be used in a range of applications, from bulletproof armor to stronger, lighter steel.

“I think this is an amazing discovery,” said Kenneth Woycechowsky, a scientist at the University of Utah familiar with the research. “The rigidity and stiffness of these spheres is unique, and surpasses any other known organic molecule, even Kevlar.”

Despite the promise of the new material, it could be decades before scientists are able to translate its design into functional applications.

“We have several patents and it is being licensed, so we hope to see it on the market soon,” said Gazit. “But it always takes more time than one expects. Kevlar was invented in the 1960s but only in the 1980s did it become incorporated into body armor.” 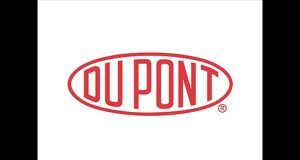 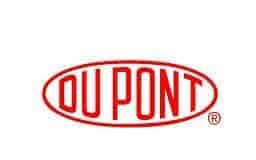