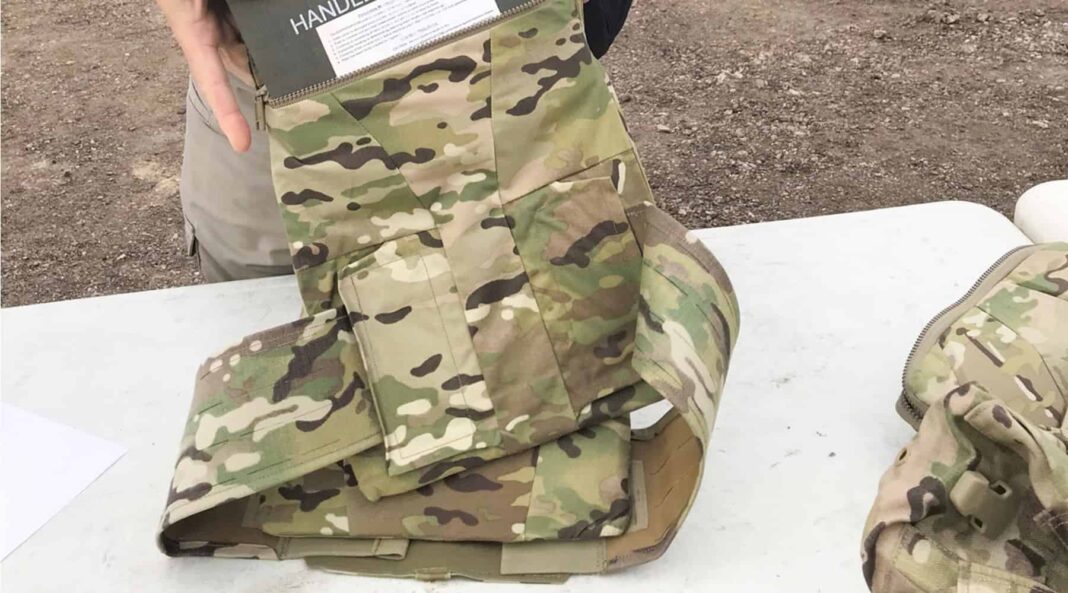 The wearing tests for the Army’s latest body armor took place from October 16 to October 20.

Based on information from the website of the U.S. Army Acquisition Support Center, the Modular Scalable Vest (MSV) is just one part of the Soldier Protection System and will be the agency’s new Personal Protective Equipment System. It was created to counter present threats at a lower weight compared to the current PPE.

McNair said the division has worked on the bullet proof vest for five years, which underwent four versions and an extra two for its plate carrier system. He said after the evaluation is over, the vest will be put into production and be ready for field soldiers by summer 2018.

The modular design for the Improved Outer Tactical Vest was first introduced in 2008 and was then made even better for the MSV. The majority of the pouch attachment ladder system was replaced with the rubber-like material that included laser-cut holes, which lets soldiers to bring with them important gear and still decreasing the vest’s weight.

A medium-sized MSV vest is about 11 pounds without its ballistic plates. A completely configured vest will weigh around 25 pounds – five pounds lighter than the currently used IOTV.

McNair said the idea for the new body armor was to reduce the weight load for soldiers. Soldiers who tested the MSV said the vests were much lighter than the IOTV they were using.

663rd Ordnance Company platoon leader 1st Lt. Dawn Ward said the vest was much cooler and lighter, allow for a better range of motion and fit better. She said it was a big improvement to other body armors.

Besides the weight-saving feature, the MSV is scalable thanks to its four-tier configuration. Thus, the wearer can fix the vest based on the mission requirements.

764th OD CO EOD technician Spc. Isaac Bocanegra said he likes the ballistic combat shirt of the MSV to the yoke and collar design of the IOTV, as it offers him a better range of motion. He said he’s wearing the IOTV two times a day and it’s much heavier than the MSV. He said the MSV body armor would make it much easier for him to do his job.

McNair said the idea of the tier system was to distribute the weight evenly – to decrease the stress on soldiers’ upper body. He said it would be unit leadership that determines how much protection soldiers would ultimately need.

The MSV kept the IOTV’s quick-release feature, enabling soldiers to quickly remove gear in emergencies. However, the design is simpler and exchangeable. Rather than a one pull-tab, it has a buckle system that’s usable in three ways:

It all depends on the preference of the wearer.

The MSV also have extendable sizing options that can be customized to different body types.

10th Chemical Hazardous Response Company nuclear specialist Spc. Hannah Carver-Frey said she has an extra-small vest because the plates are located in an area she needs them to be in and fits tighter.

McNair said PEO Soldiers developers are working on improving the protective helmet system, creating a system that makes it lighter for soldiers and still stop 7.62 rounds.