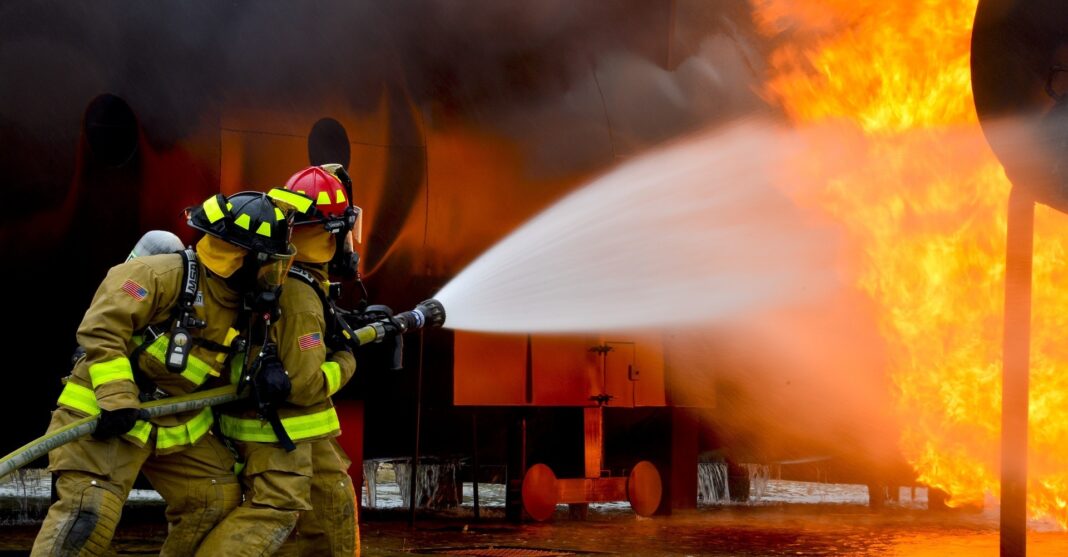 The state of Minnesota is the first to provide firefighters with new and improved equipment: more body  armor and more helmets for all officers. The first fire department to receive  body  armor is the St. Paul  Fire  Department. The risk to officers whenever they come to an emergency call has been acknowledged on numerous occasions by the authorities. This time, the Minnesota fire department has decided to do something about it.

Minnesota firefighters more protected than ever

As KDHL Radio points out, Minnesota firefighters are receiving so much material and so suddenly it’s part of the new  Shield  616 program. Shield  616 is a non-profit organization that helps raise donations for fire departments. Private donations can be made through the  Shield  616 page. Through this same organization the firefighters of the St. Paul  Fire  Department received a generous donation. However, insufficient to equip each firefighter with a  body  armor and an individual helmet. That each firefighter has their own individual protection is something the St. Paul  Fire  Department hopes to achieve in the near future.

In total, 33 members of this fire department received the new equipment in the first round of distribution of Shield  616. St. Paul  Fire  Department received around $73,000, from organizations and companies as well as individuals.

They are not the only firefighters receiving body armor

As Red Deer advocate   indicates, Red Deer paramedics and firefighters from Alberta, Canada, are also going to take stricter defensive measures for firefighters. However they authorities did not decide yet the situations that  will require compulsory body armor.

“We’re in the process of fitting our staff,” said Jon Evans, assistant chief of operations for Red Deer emergency services. Evans also noted that many Red Deer’s paramedics are aware of the risk of their jobs. They wore body armor for a long time, as even the simplest of operations can quickly become dangerous.

Risks increase in the fire department

And yet, with the increase of these protections in the fire brigades, we ask ourselves, what is behind this great purchase of  body  armor?

One of the highest officials of the St. Paul Fire  Department, EMS Chief Kenneth Adams indicated to  KSTP  that  body  armors  would be one more layer of protection for firefighters, as the job has become very unpredictable in recent years:

“Twenty years ago, we worried about having the best turnout gear and the best air packs, and nowadays we’re having to worry about, ‘Are we going to get shot?'” Adams said.

In recent years, attacks on paramedics and firefighters have escalated severely. This is because violence from people involved with mental problems or illnesses; or in a state of drug addiction is increasingly brutal. Firefighters and paramedics often deal with these types of emergencies and rarely are these events non-violent. Many of the firefighters at Red Deer in Canada wore body  armor for years, to protect themselves from knives or guns.

How does body armor help?

Body armor is a very useful tool for jobs that require exposure    to risk. Body  armor stops the impact of bullets and prevents the crossing of knives, thus saving numerous lives each year. And, the fire brigade usually attends emergency situations  that include bladed or firearms. Adequate protection is vital to safeguard the protection of firefighters and paramedics.

“During an active shooter situation, we’re always right there,” Adams said. “Fire crews would just be going in with the protection of a police officer in front of them and a police officer behind them. But it would devastate us if one of our firefighters got hurt trying to protect somebody and they didn’t have the proper protection.”

About the body armor that St. Paul Fire Department has received, the founder of Shield  616, Jake  Skifstad, has given several details. Although Shield 616 began as solely a platform to help police officers, it has now expanded to support firefighters and paramedics as well.