First responders in Finland are now outfitted with helmets and vests

According to Finland’s interior ministry, their emergency services personnel need to be equipped with bulletproof helmets and vests, following a risk assessment which stated that there is a rising threat of violence.

The Ministry of Interior in Finland has directed regional rescue departments to provide their staff of emergency services providers with bulletproof helmets and vests.

As per the risk evaluation by the ministry, authorities are confronted with increasing record levels of violence and overall in Europe, the physical threat of violence has increased, even in Finland.

Esko Koskinen, director-general from the interior ministry, stated that rescue department responders are increasingly facing scenarios where they are confronted with unexpected violence. He made reference to the knife attack in Turku in August as an example of the increasing threat.

He also adds that what happened in Turku is a reality in Europe and since this phenomenon is now happening in Finland, they have concluded that they have to be prepared.

Vests come in handy every week in Helsinki

Anti-stabbing vests are already being worn by first responders in Kallio, the main emergency services station in Helsinki.

Jorma Riihelä from Helsinki’s emergency services station said that emergency staff recently responded to a knife threat from a patient. They had to escape from the ambulance and lock the doors as they fled. Thankfully, there was a peaceful end to the situation.

Uniform to be worn on duty only

The ministry also suggests that the emergency services staff don’t wear the uniforms when they are not on duty, particularly when riding on public transit.

Koskinen noted that there were a number of incidents in Europe where personnel wearing uniforms, especially the defense forces or police, were violently attacked.

We need to be prepared when these kinds of events take place here. 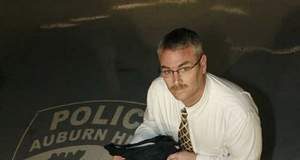