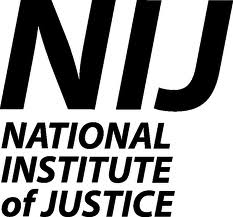 Government auditors said yesterday that nearly half of 28 contracts to manufacture body armor for Army soldiers were completed without the gear ever going through an initial test.

Nearly $3 billion worth of contracts for body armor did not go through early inspections known as “first article testing,” or FAT, that are performed before major production to ensure that a company can meet the contract’s requirements and to catch any defects, according to a report by the Defense Department’s inspector general. Contracting officials say the initial testing is done to save time and money.

Officials with the inspector general’s office said its auditors did not test the armor or look for flaws after it was made and put into use. The Army manager who oversees the body armor program told Defense Department officials that “the Army has no evidence of deaths that can be attributed to defective body armor.”

A spokesman for the Army said that while some paperwork may have been missing, none of the body armor had problems. “None of this equipment in all of the tests we’ve done is flawed,” said Paul Boyce, the spokesman. “It has not shown any signs of faulty body armor.”

Boyce said the Army disagrees with the inspector general’s interpretation of the acquisition rules that detail the testing requirements for equipment. “There is a debate as to the timing of the types of tests,” Boyce said. “We have a different interpretation.”

One manufacturer, Point Blank Body Armor of Pompano Beach, Fla., said in a statement that “there are rigorous testing procedures in place at Point Blank Solutions to ensure that our products are in accordance with the requirements of all of our customers, be it the United States government, U.S. Armed Forces and the various domestic law enforcement agencies we service.”

For the report, auditors looked at the pre-solicitation, awarding and administration of 40 contracts awarded to 14 contractors by the Army and the Marine Corps from January 2004 to December 2006. They found no deficiencies with the Marines’ 12 contracts.

The report said Army officials “did not follow” federal acquisition regulations in buying body armor, and it found “deficiencies in 16 of the 28 contracts and orders” it reviewed. In some cases, Army officials did not have paperwork showing whether the testing had been done, and in other contracts, the requirements for testing were waived.

“This indicates that nearly half of the Army’s contractors did not perform the most basic test on the body armor before it was sent to our troops fighting overseas,” Slaughter said in a statement. “It’s shameful that the Army would not scrupulously ensure that every piece of equipment is properly tested, especially a fundamentally life and death product such as body armor.”