Home How To Choosing Body Armor That’s Right For You 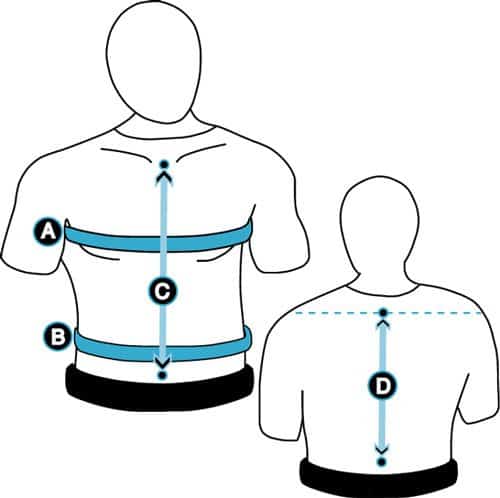 The concept of wearing personal armor is not new. Throughout history, warriors have protected themselves with varying forms and levels of armor. Many, if not most, were heavy and cumbersome but effective.

Today, using ultra-modern body armor materials and complicated manufacturing processes, we have body armor vests that are very lightweight but still highly effective. The purpose of the armor has not changed at all in the thousands of years since it has been in use — to protect the wearer from death or serious bodily injury when engaged in mortal combat — but the increased comfort carries with it an increased probability that officers will wear it.

Modern body armor is designed, based on materials used and manufacturing technique, to resist penetration by a known caliber of given bullet weight traveling at a specified velocity range. Armor can be classified as soft, semi-rigid and hard. Soft armor is the most common and is used to stop primarily handgun rounds. Semi-rigid plates are designed to minimize blunt force trauma while giving additional protection and remaining relatively lightweight. Hard armor is either ceramic or metal and is designed to stop modern battle carbines such as .223, 7.62 X 39 and .308.

So-called “bullet proof” vests are not really bullet proof; they are bullet resistant. When a bullet is stopped by a soft armor vest, the bullet is trapped by the fibers and the force is spread out over a greater area, causing the bullet to stop within the material. The body under the vest is still impacted by the force generated by the bullet. The degree to which there is deformation of body tissue under the vest is known as “backface deformation.”

A well-constructed vest is made to minimize this blunt trauma by being stiff enough to resist deformation and to effectively spread the pressure laterally along the vest instead of into one particular spot on the vest. A well constructed vest will resist multiple hits in the same general area as well as bullets coming in from different angles.

Body armor is rated in terms of its ability to stop bullets. Levels of protections range from I, IIA, II and IIIA in soft armor configurations. To defeat rifle rounds, we have hard armor in level III and Level IV is rated for armor piercing rounds.

Most officers opt for a Level II vest. This will stop almost all handgun rounds very effectively.

The National Institute of Justice conducts ballistic and other tests to judge the effectiveness of a manufacturers vest to stop the rounds it is rated for, as well as to determine the useful lifespan of that vest.

They publish their ratings of different vests and what they have found during testing. They are very thorough and try to move immediately on any new problems that arise with vests. You can access a list of makes and models that they approve at http://www.justnet.org/.

Don’t make the mistake of buying the highest level of protection at the expense of comfort. If it gets too hot, too stiff or too uncomfortable, you will likely leave it home when you should be wearing it.

Get measured correctly when you buy your vest. Make sure it doesn’t ride up into your throat when you squat, sit or bend. Side panel protection, while being slightly hotter to wear, protects your vital areas from a side impact and is worth buying.

For hard armor, it is worth the time and effort to try on the vest and mount your carbine, put your gear on it and see how it moves with you. Do the plates prevent you from mounting the stock properly? Do they hamper arm movement? Do they hang down and interfere with your handgun?

It is worth considering shoulder and groin protection as well when you purchase hard armor for higher threat environments. Make sure you try running in it before you buy groin protection, however. This will help you determine whether it’s right for you (you’ll know what I mean when you try it).

I have a hard armor “Predator” model vest from Diamondback Tactical (www.diamondbacktactical.com) that I am very fond of wearing. It is easy to wear for long periods and has Level IIIA soft armor protection with Level IV multi-hit rated plates for rifle fire. It is set up with MOLLE attachment points for magazine pouches and other gear and is very maneuverable for the protection level it provides.

For general patrol duty, a concealable, soft body armor vest in Level II protection by a reputable manufacturer will do the job. I have a Level II Halo vest with the Evolution carrier by Armor Express that is a dream to wear compared to what I used to wear in the past. For undercover work or off duty wear, a low profile vest such as their LO-PRO model will allow you to wear the vest under street clothes without attracting attention.

I would encourage all officers to start thinking about some sort of ballistic protection off-duty. Even with just a front vest panel in a low profile body armor carrier, you are significantly more prepared to deal with situations such as an active shooter then you are without it.

The NIJ sponsors the Bulletproof Vest Partnership which helps provide grant money for officers to purchase vest. The following is a quote from their Web site: (http://www.ojp.usdoj.gov/bvpbasi/)

Since 1999, over 11,900 jurisdictions have participated in the BVP Program, with $173 million in federal funds committed to support the purchase of an estimated 450,000 vests. The Office of Justice Programs’ Bureau of Justice Assistance (BJA) administers the BVP Program.

Buying a vest need not be an agonizing misery. With the help of the NIJ and other organizations, soft body armor has come a long way in meeting the needs of today’s officer. Most modern soft body armor manufacturers have reputable products. Always check to make sure they are NIJ compliant. If in doubt, find out. Don’t forget that most vests have a useful life span of approximately five to six years. Replace as needed.

Buy for comfort as well as protection. You will be wearing it all day, every day you are on duty. Service is always a big deal for me. Custom fitting is worth doing. Females can find vests structured for their anatomy.

Last but not least, when you don your vest, you join the ranks of those ancient warriors, girding themselves for battle and serving their country. Wear it with pride, for you are special.