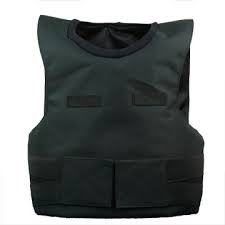 By Paul Alongi • May 15, 2008 A Simpsonville man is awaiting sentencing after a jury found him guilty of being a felon in possession of body armor and a firearm, according to records filed in U.S. District Court in Greenville.

Greenville County sheriff’s deputies responded to a 911 call about a home invasion in progress in Taylors on June 12, 2007, McDonald said. Within minutes of deputies setting up a perimeter, a man wearing body armor and carrying a gun ran outside the house and into a wooded area, he said.

Deputies arrested the man and found a .40-caliber firearm and body armor nearby, McDonald said.

EnGarde Teams Up With Royal Zoo For Conservation Effort