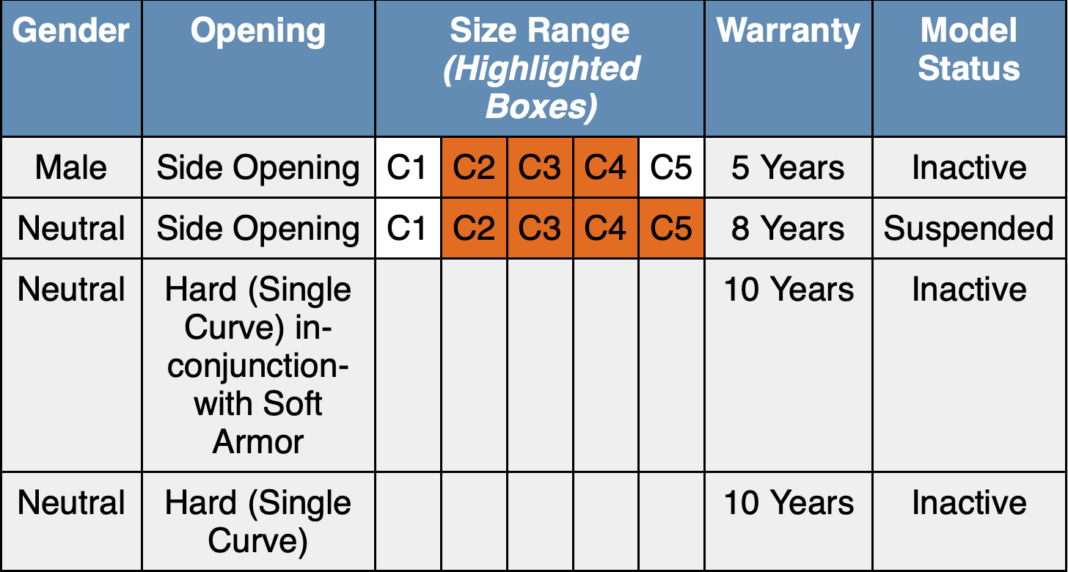 On March 1, 2021, NIJ CTP published an amendment. The message alluded to a new economic policy of the US, which would (temporarily) mark some (previously active) body armor models of the industries of China Russia and Venezuela as inactive in the NIJ registry. In other words, they cannot longer sell their body armor models listed as NIJ Certified Body Armor.

This is a very serious amendment since a body armor model being marked as inactive has several consequences. These include not being able to export as arbitrarily as before to the US and not being certified by NIJ CTP regulations.

NIJ CTP is currently studying the direct implications this decision will have on the market.

On January 15, 2021, the U.S. Department of Commerce’s Bureau of Industry and Security (BIS) published an amendment. This amendment contained the revision of 15 C.F.R § 744.211 provisions related to Military End Uses and Military End Users, and it has its major effects in China, Russia, and Venezuela.

As explained in the first point (appendix A) of the renewal of the legislation, offered by Legal Information Institute:

“General prohibition. In addition to the license requirements for items specified on the Commerce Control List (CCL), you may not export, re-export, or transfer (in-country) any item subject to the EAR listed in Supplement No. 2 to part 744 to the People’s Republic of China (China), Russia, or Venezuela without a license if, at the time of the export, re-export, or transfer (in-country), you have “knowledge,” as defined in § 772.1 of the EAR, that the item is intended, entirely or in part, for a ‘military end-use,’ as defined in paragraph (f) of this section, or ‘military end-user,’ as defined in paragraph (g) of this section, in China, Russia, or Venezuela.”

Although the sudden measures seem certainly hasty, the US Federal Register offers a historical background. Therefore, this background may well be related to this new policy that the US Defense Government has taken.

The Federal Register states that in December 2017, the White House issued the National Security Strategy of the United States of America, indicating that:

“The United States will respond to the growing political, economic, and military competitions we face around the world.”

Four Factors That Influenced This Decision

The Federal Register sum up the four principal pillars of the economical and defence policy that the US was going to adopt, according to the NSS: protecting the homeland, promoting American prosperity, preserving peace through strength, and promoting an advance of American influence.  To frame these four pillars, the NSS indicated that:

“China and Russia challenge American power, influence, and interests, attempting to erode American security and prosperity. They are determined to make economies less free and less fair. To grow their militaries, and to control information and data to repress their societies and expand their influence.”

However, we can perceive these four pillars and their consequences outside the body armor market of the US. In other words, it is not an isolated decision.

Recently, various changes in the economic policy of the US regarding importations from the mentioned countries have taken place. For instance, the ban of Huawei products in the US in 2020; or the US sanctions on Venezuelan exports in 2019.

The list does include also some companies outside China. The inactivated body armor models are from the companies:

Implications of the new policy to Body Armor manufacturers

The Federal Register already informed last year that some changes in the policy regarding China, Russia and Venezuela, explaining that the “applications to export or reexport in these countries would be reviewed on a case-by-case basis to determine whether the transaction is contrary to the national security or foreign policy interests of the US”.

Now that this policy has been renewed, there are some implications especially for the companies in China, Russia and Venezuela. The impact can be very severe. The new policy implies that the affected companies will require a special license to export to the US.
But it is difficult to oversee what will be the exact impact for the companies involved as they are still subjective to their own national and industrial economical policies.

To determine the exact impact for the body armor and defensive material industry in these countries, the National Institute of Justice Compliance Testing Program (NIJ CTP) is currently reviewing the US revisions.

Until this review has been completed, the NIJ CTP is implementing the actions below to ensure the program complies with the EAR revisions.

The EAR revisions (Export Administration Regulations) that the NIJ CTP is studying are:

As indicated in the Federal Register:

“these two rules support the objectives laid out in the National Security Strategy of the United States of America (NSS) by broadening the United States government’s visibility into transactions involving certain items on the CCL and exports, reexports and transfers (in-country) to military end-users or end-uses in China, Russia, or Venezuela”.

In addition, they indicate that the expansion of controlling policies in these countries would benefit the US national security. The Federal Register explains that the US desire to reduce exports, reexports, and transfers influenced this decision. They say that these transactions of items contribute to the military capability of China, Russia or Venezuela. At the same time, the US government positions these countries’ military growth as a threat to U.S. national security interests.

In addition, the NIJ CTP is reviewing another EAR revision at the moment. This revision refers to temporarily moving all active body armor models from the mentioned countries to the inactive list.

As a result, Chinese, Russian and Venezuelan companies will suffer the direct and strong effects of the previous decision. Because the models placed and signified as “inactive” in the CPL list are not subjected to FIT. And the body armor models that do not participate in FIT are not eligible to use the NIJ Certification Mark.

The NIJ Certification Mark is a strong proof and acknowledgement of the company’s products being reliable and effectively protective. However, the companies can employ this NIJ Certification Mark once they are non-listed as “Inactive”.  Similarly, the new BIS revisions include temporarily withdrawing all NIJ CPL listed stab-resistant body armor models. This decision refers only to China, Russia and Venezuela.  In other words, the models form these countries will have a public image of “non-certified stab-resistant”.

Importance Of The NIJ CTP Evaluation

As it is mentioned in the 7th point of the National Institute of Justice Guide: Body Armor:

In conclusion, the FIT program is important because it registers body armor model samples each year. If the samples comply with the requirements of the FIT program, means that they have an assured quality level.