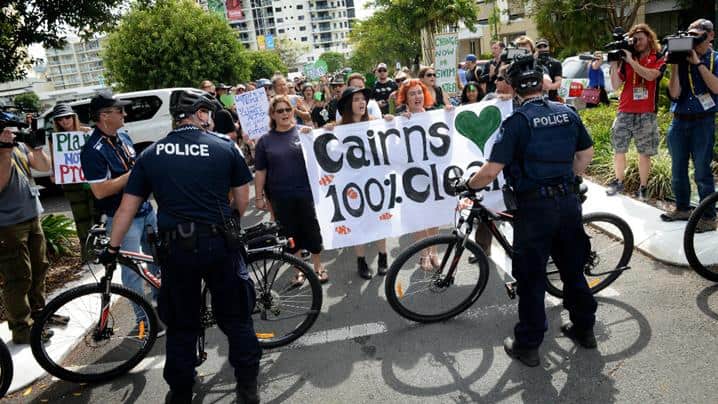 Police stations across Queensland are without their supply of body armour, after organisers of the Brisbane G20 summit realised they were hundreds of sets short just weeks out from the major event.

“Quite clearly we need more equipment and I am worried the safety of police is being compromised,” he said.

“It can be the difference between life and death, it’s quite simple.”

A total of 250 body armour sets will be borrowed from regional police stations ahead of G20.

Queensland Police Service has told 9NEWS safety is its top priority, and police officers in regional areas would still have sufficient protection.

Security has already heightened for Brisbane CBD residents, with Infinity Tower and Soleil enforcing strict rules before and after the G20 summit.

Main entrances will be locked 24 hours a day, residents will be prohibited from moving in or out, or receive any deliveries.