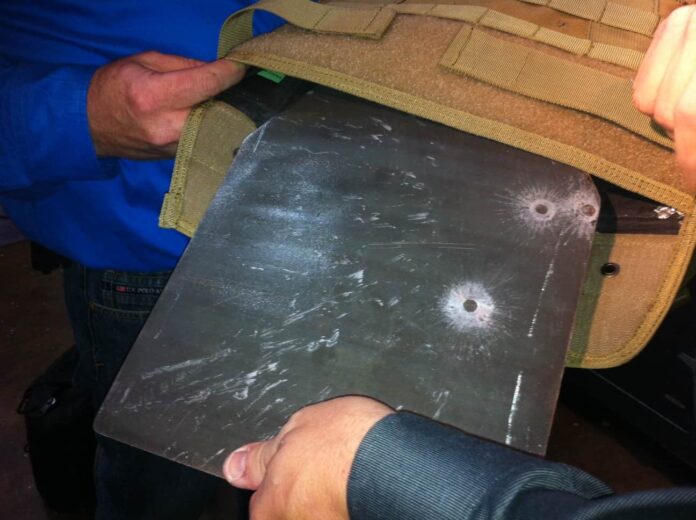 OKLAHOMA CITY – A local company’s sales have skyrocketed in recent months. It’s all because of a bill introduced by a Representative from California. The bill would prevent citizens from buying military grade body armor.

Michael Blackmore is the owner of Armor Advantage, a body armor sales and manufacturing company based out of Purcell. When it comes to body armor there’s almost nothing Blackmore doesn’t know, but a new bill proposed by a Congressman from California has him stumped.”

It started, probably good intentions, but I don’t know that it’s been thought all the way through,” Blackmore said.

“They state military grade, but they don’t state where that line is, and that’s a very slippery slope,” Blackmore said.

Blackmore says private citizens like security guards and even taxi drivers buy body armor all the time. He says he won’t let his kids go to the shooting range unless they wear it, and he says many people where body armor when they go hunting.

Blackmore says for him it’s not a financial opposition he has to the bill. In fact, since it was announced Blackmore’s body armor sales have skyrocketed 300%. For him, it’s about principle.

“I personally believe that politics should be kept out of this and the bottom line is, we are a free country and we have the right to choose,” he said.

“This bill does not prevent the vast majority of body armor purchases. It is just to stop military-grade body armor from getting into the wrong hands. The sale of military equipment, like body armor, to just anyone is far more likely to be used against the public than used to protect the average citizen.

“Mitch McIntire is a body armor sales representative at Special Ops Uniforms in Oklahoma City. He says he can see both sides, but still sees holes in Rep. Honda’s logic.”

At what point do we sacrifice all of our personal freedoms based on a vague law? There’s a lot more specifics required in my estimation,” McIntire said.

Rep. Honda says military grade body armor has been used by mass shooters to slow down law enforcement response. He wants to make it more difficult for them to get a hold of it.