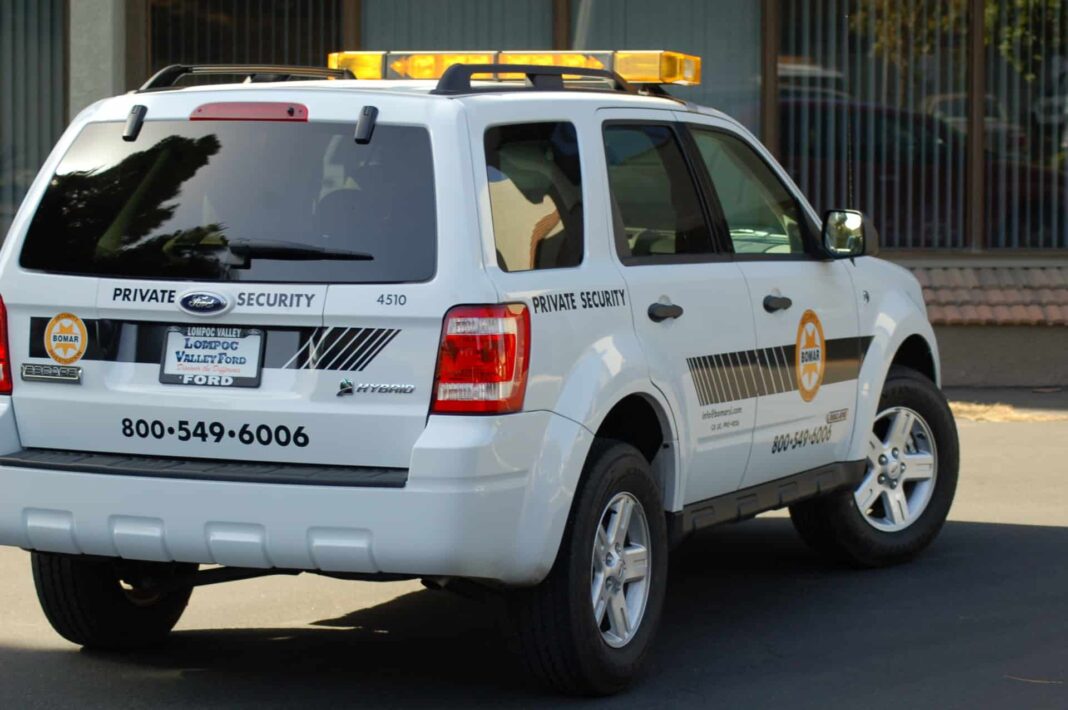 A Bomar security guard is very thankful that he was wearing his safety vest last Friday morning when he was stabbed. He is now encouraging other security professionals to always wear their body armor when on the job.

Josh Schiver, 27, said that he was routinely patrolling the business complex off Preisker Lane when he began to suspect that someone might be inside a restroom.

You need a special code to access the restrooms in the business complex. However, Schiver claims that many of the homeless people in the area have observed workers in the complex entering the code numbers and now may have the code memorized.

“After entering the security code that opens the restroom door, I open the door and instantly see a man’s hand grab the door. He runs forward and comes straight at me with a knife in the other hand.”

Schiver remembers feeling a sharp sting in his chest.

“I gaze down and immediately see a huge knife sticking out of my chest.”

Schiver phoned the Santa Maria Police Department to come immediately and search for the man who attacked him.

He is beyond thankful that he put his body armor on that morning and is going out of his way to encourage other security professionals to wear theirs at all times when they are on the job.

“I’ve been working in security for six years and from the very first day I’ve been wearing my safety vest,” Schiver said. “I consider it part of my uniform and if I run across someone with ill intent, I refuse to give them an opportunity to hurt me.”

Schiver drove himself to a local hospital where he was treated for a concussion and several broken ribs. He did not sustain any stab wounds at all in the struggle.

He describes the male suspect as in his early 30s, with a heavy build, a beard and hair that could be light brown or blond. The man was wearing blue jeans with a black hoodie and white tennis shoes. Schiver said it seemed like the man was a transient.