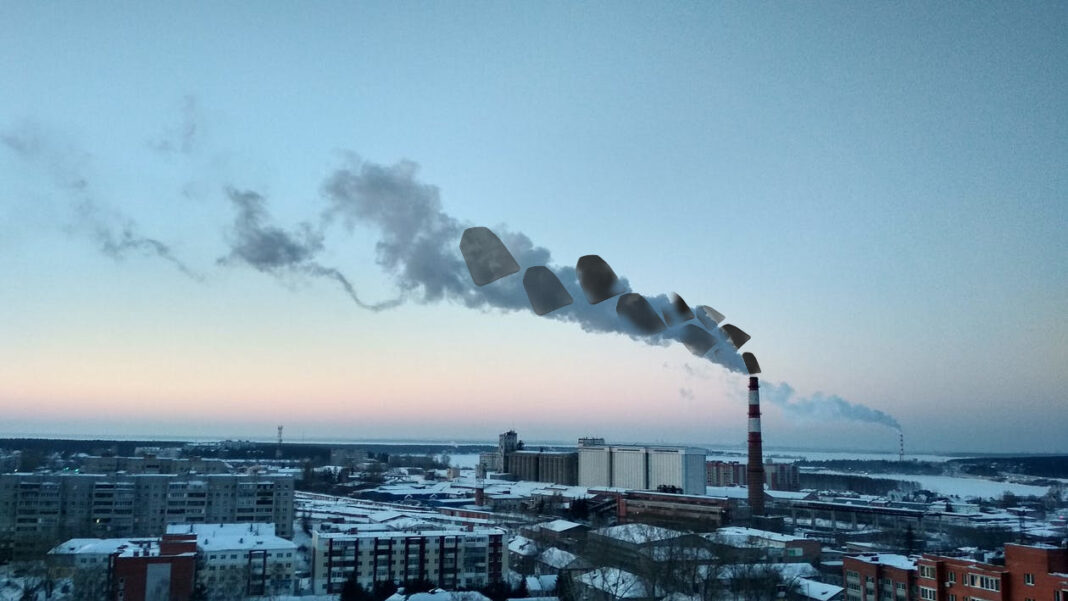 Over the past few months, several polls have been conducted in LinkedIn by BodyArmorNews.com, in which various market leaders in the body armor industry have also taken part in. These polls, having covered issues ranging from sustainability to material shortages, allow us to paint a clear picture of the future of the world of body armor.

Using the data gathered from polls and interviews with industry veterans, we have created a reliable prediction of upcoming years.

Body armor manufacturers are always trying to improve their products. They are constantly aiming to achieve the most lightweight, flexible, protective and durable body armor to remain on top of the market.

However, focusing on all these developments at once is not feasible. Therefore, we asked the public what the body armor industry should focus on in the coming years. Is it time to prioritize the planet and focus on sustainability or to achieve higher protection levels or lighter weights? 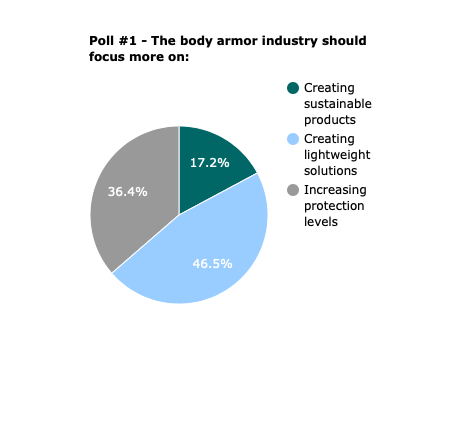 With a majority of 46% of voters agreeing that manufacturers should strive to decrease the weight of their ballistic solutions, we conclude that sustainability and protection are not what people are looking for in body armor today.

For our next polls, we asked the public which body armor product would be most in-demand in 2023. Together with this, we asked whether the demand would increase, decrease or be stable. Prices being also commented, asking them if the would increase this year and how dramatically. 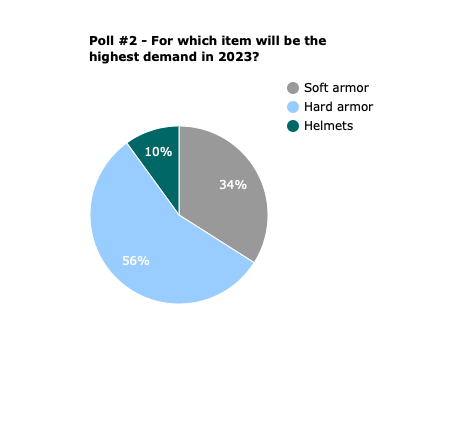 Most voters (56%) agreed that manufacturers should stock up on hard body armor for its expected high demand in 2023. Among the notable figures who voted for this we find Mr. Eoin Lynch, Defense Program Manager at DuPont and Mr. Ingo Borneman, CTO and Owner of Hart Armor. 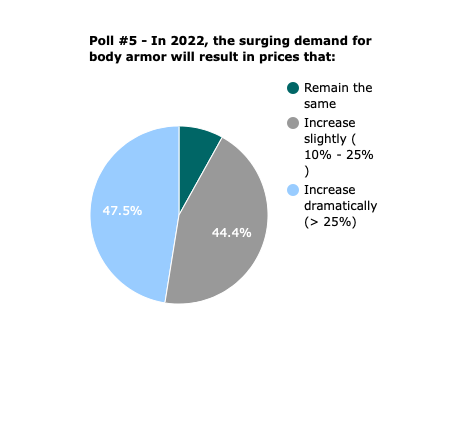 Voters also agreed that prices for body armor will certainly increase in 2022. 47% of participants stating that they will increase by over 25%. In fact, only 8% voters predicted that they will stay the same. 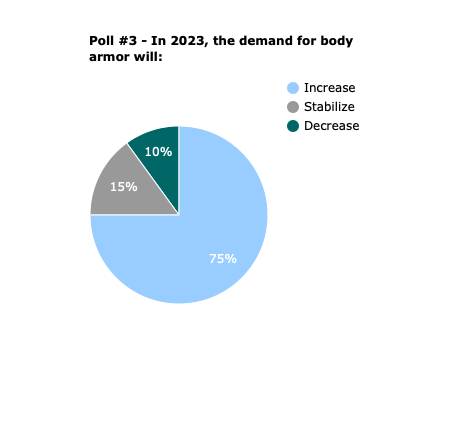 Mr. Drazen Frkovic, Owner of CROSHIELD Ltd. Body Armor Systems voted for the prediction that the demand for body armor will increase in the next year. “After this war, Europe, especially, will entirely change its philosophy,” he said, “in the past two months already, I’ve seen that lots of private persons and shops have reached out to buy body armor.”

Unfortunately for body armor manufacturers, it seems that the shortage of aramids will certainly continue its way into 2023. In fact, 93% of voters agree that it will not end in the year to come.

Mr. Dombrowski claimed, “The only way to fix it is if the big players like DuPont and Teijin significantly increase their production capacity.”

Most manufacturers follow the body armor standards dictated by the National Institute of Justice when testing their body armor. Today, manufacturers use the NIJ Standard 0101.06 released in 2008 to rank the protection levels of their products. 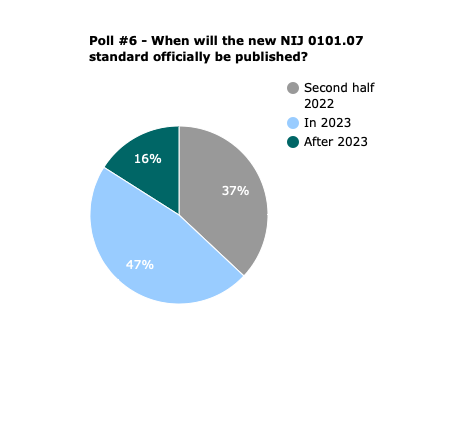 Many voters agreed that recyclable body armor will become mandatory in most tenders by 2030, with 61% voting for this option; one of the voters being Mr. Richard Gunters, Regional Business Manager at DSM Protective Materials. 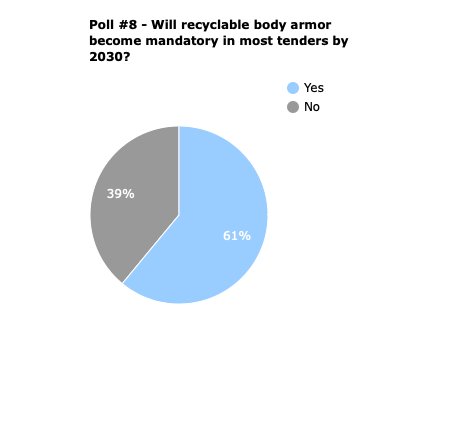 Despite the faith put in recyclable body armor, 60% of voters predicted that this industry will never go carbon neutral. Important figures such as Brad Grunden, President at ArmorSource LLC, Todd Meeks, President of Spartan Armor Systems and Guilherme Lopes, Managing Director at Glagio do Brasil ltda all agree on this matter. 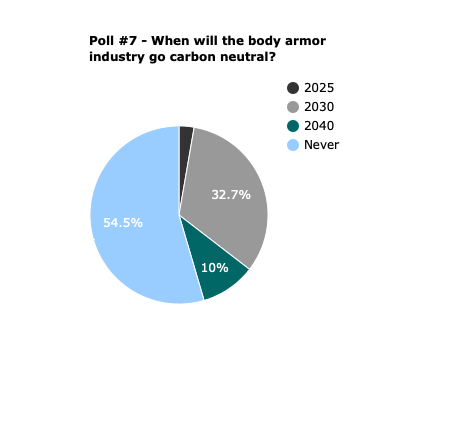 However, we at BodyArmorNews.com do not quite agree. If anything, the past few years have shown us that the industry is continually evolving and re-inventing itself. We have seen many initiatives towards carbon neutrality that may well turn into reality.

From recycling schemes and circular economy programs, as pioneered by Teijin Aramid, to bio-degradable ballistic materials, as created by DSM Dyneema, there is always hope and the drive to do better. We look forward to seeing what the body armor industry will do next to battle climate change.