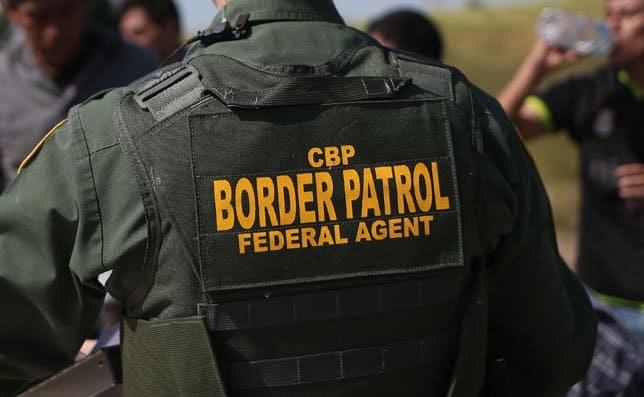 “Our agent, who had his bulletproof vest on, was hit several times but was apparently able to return fire,” Karisch said.

Although wounded, our agent is “in stable condition at a local hospital and grateful to be alive,” he added.

Karisch declined to provide the agent’s name or any further information on the injuries he sustained.

This agent has been with the Border Patrol for 21 years and is a highly trained paramedic, Karisch added. After reaching his vehicle he took care of his wounds and radioed for help. Other agents made arrangements for an emergency air ambulance to transport him to the hospital.

The Border Patrol makes every effort to have agents work in pairs when patrolling dangerous areas, but unfortunately it isn’t always possible, Karisch said.

Being a Border Patrol Agent is “extremely dangerous and agents must be on guard at all times when on patrol,” he added.

A number of people wandering in the area were arrested that day on immigration violations, but at this point no one has been linked to the shooting, Karisch said.

The investigation is ongoing.

The agency has been very tight lipped about Tuesday’s incident, delaying a 4 p.m. press announcement right after scheduling it.

Local rancher James Chilton said the Border Patrol told him that the agent was hit in the leg, hand and in his ballistic vest, “which stopped the bullet, thank the Lord.” He added, “How he pulled himself together to call for help in that state, I cannot imagine.”

The shooting occurred in Chimney Canyon, which is approximately 10 miles from the border near Chilton’s house. People smuggling drugs and humans across the border use this area quite frequently.

“Because Chimney Canyon is so wide it offers the perfect spot for drug smugglers and people attempting to cross into the country,” Chilton said. “The drug cartels have scouts positioned on the mountain tops to guide the smugglers below,” he said, adding that he’s noticed an increase in traffic in the last few months.

The FBI is in charge of investigating the shooting. The Office of Inspector General of the Department of Homeland Security, Office of Professional Responsibility of Customs and Border Protection, as well as the Santa Cruz County Sheriff’s Office are all helping the FBI in their investigation.