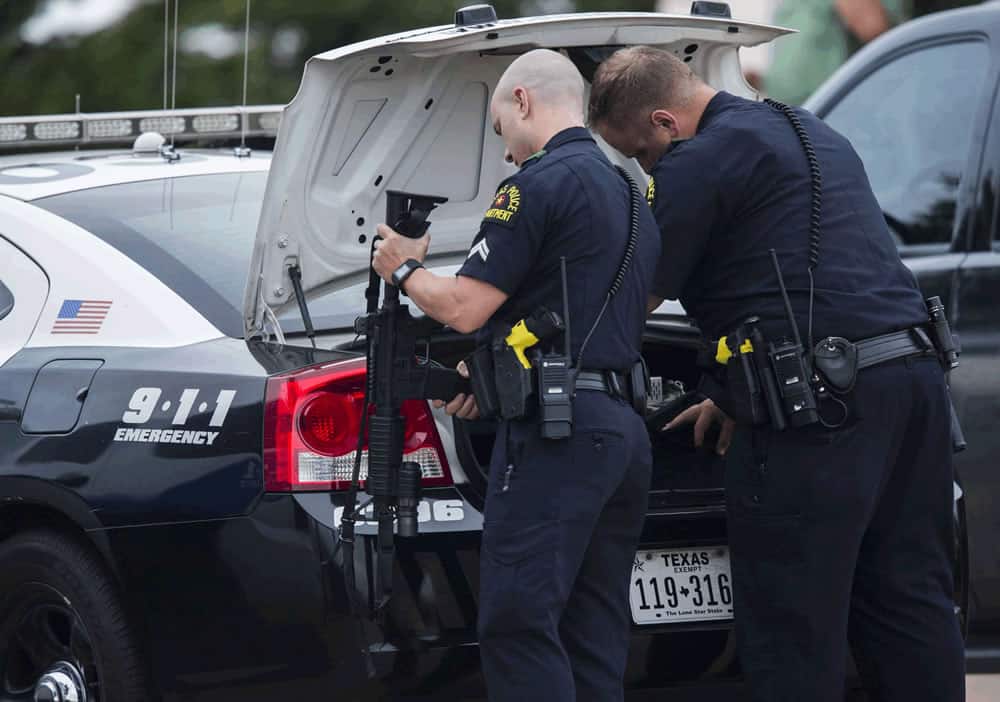 People around the nation watched in horror as five Dallas officers were killed a by a single sniper – seven more officers and two civilians were hurt – in what was considered a peaceful protest about police violence.

Jean Ouellet is a Lafayette lawyer listened to David Brown, the Dallas police chief, giving a speech about divisiveness between citizens and police. Ouellet said he was moved by Brown’s saying there seemed to be little support for officers most days. It made him motivated to do something to show officers that the community, for the most part, supported their efforts.

Ouellet then called Mark Garber, the Lafayette Parish sheriff, about what kinds of things he can do to help officers out. He said Garber liked that idea and said armor was needed to protect his officers.

Garber said he told Ouellet that body armor and medical kits were important because his department wasn’t prepared for the threats currently facing them. He said rifles that were confiscated and in the evidence room are being used, and he said body armor doesn’t stop rifle rounds.

Garber said officers could use a plate carrier to protect both their front and back from rifle rounds. The cost is $300. He said ceramic plates fit over the soft armor, and if there comes a time when it’s needed, the equipment will stop rifle rounds.

It’s known as rifle plate, and it’s extremely hard and still stops armor-piercing ammunition, which lets them boost their ability to deal with a threat. He said officers should have the best possible protection that’s available.

Ouellet made some phone calls and realized a Facebook campaign could motivate people to donate. Several minutes after he made a post to several Lafayette friends, help rolled in. He said the message was posted Sunday afternoon; by Monday morning, the goal of 50 units had been surpassed.

Due to its success, he’s asked the Lafayette Police Department for their wish list. Money that had been raised will help their officers buy what they may need.

A fellow lawyer saw Ouellet’s post and decided he wanted to help as well.

Cle Simon said he wish he thought about doing this, but he’s glad to be involved. It’s worth it because their job is thankless. He said it’s important people let them know that they’re appreciated. Simon said he watched the shooting coverage on the Dallas police officers and felt motivated to do something. He said he was horrified by it, and now protests are taking place everywhere with police being sitting ducks.

Ouellet said cities have budget problems, and he hopes people will be motivated to help their local police departments to get what they need. He said it helps to bring a sense of friendship and comradery.