The U.S. Army has finally created a bullet

that can hit any target wearing a 5.56mm-resistant piece of body armor.

Senate Armed Services Committee senators inquired about the development of a new rifle that would take the place of the M4 and the bullet that would replace its 5.56mm bullet.

U.S. Army Chief of Staff Gen. Mark Milley, informed the senator of the progress, saying the Army believes it’s come up with a solution. He said the Army developed a bullet that can get through the hard armor plates.

According to Milley, U.S. troops need advanced body armor and rifles. Ground troops like special operators and infantry suffer from a 70% casualty rate. He said the 5.56mm round is unable to penetrate types of body armor that are now being offered on the Internet for only $250.

The Army wants to eliminate the M4 and 5.56, but Milley stressed that it was important to focus on the bullet rather than the rifle.

Senators asked if the new bullet meant a new rifle would have to be developed and used. Milley said the possibility was there, but it wasn’t completely likely.

They then asked if there were off-the-shelf rifle possibilities at the Army’s disposal, in which Milley replied yes. 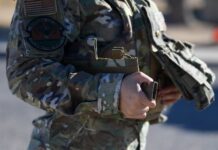 Female Body Armor: Pentagon Is Pushed To Find Something That Fits