Near the end of 2017, Green Castle, Indiana police officer Luke Brown was pursuing a thief when he ran into his home. As a deputy was trying to TASER him, the suspect grabbed a nearby shotgun.

Brown was within a foot of the barrel when the suspect fired on him. They exchanged gunfire and the suspect was finally subdued. Although wounded, Brown treated the suspect until paramedics arrived.

How was Brown’s life spared?

He had his vest on, thanks to his wife Amanda’s advice, “Don’t wear just any vest, wear one that’s strong enough to actually save your life.” She should know, as she works for the Green Castle Police Department as a dispatcher.

In the last four years more than a quarter million vests just like this one were purchased by law enforcement agencies across the country, including the United States Department of Defence and other federal agencies as well as local police departments like the NYPD. There are officers in all 50 states depending on this vest to save their lives, just like it saved Brown’s.

What makes the Alpha Elite stand out from other ballistic vests?

It’s surprisingly comfortable. Although extremely strong, the panels are very thin and lightweight due to DSM’s innovative force multiplier technology.

Point Blank was thrilled to host Brown and his wife at the 2018 SHOT Show, along with six other courageous survivors and their family members. They know they owe their lives to the strength of their ballistic vests. Survivors were awarded a ballistic panel plaque embedded with a round of the same calibre they were struck with.

“DSM Dyneema has 600 devoted employees working in their Greenville, North Carolina manufacturing plant, including sales and customer support staff. Although DSM’s corporate headquarters is located in the Netherlands, they work hand-in-hand with their customer, Point Blank, based out of Pompano Beach, Florida.” 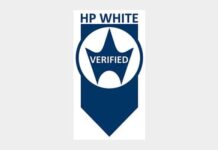 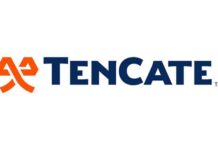