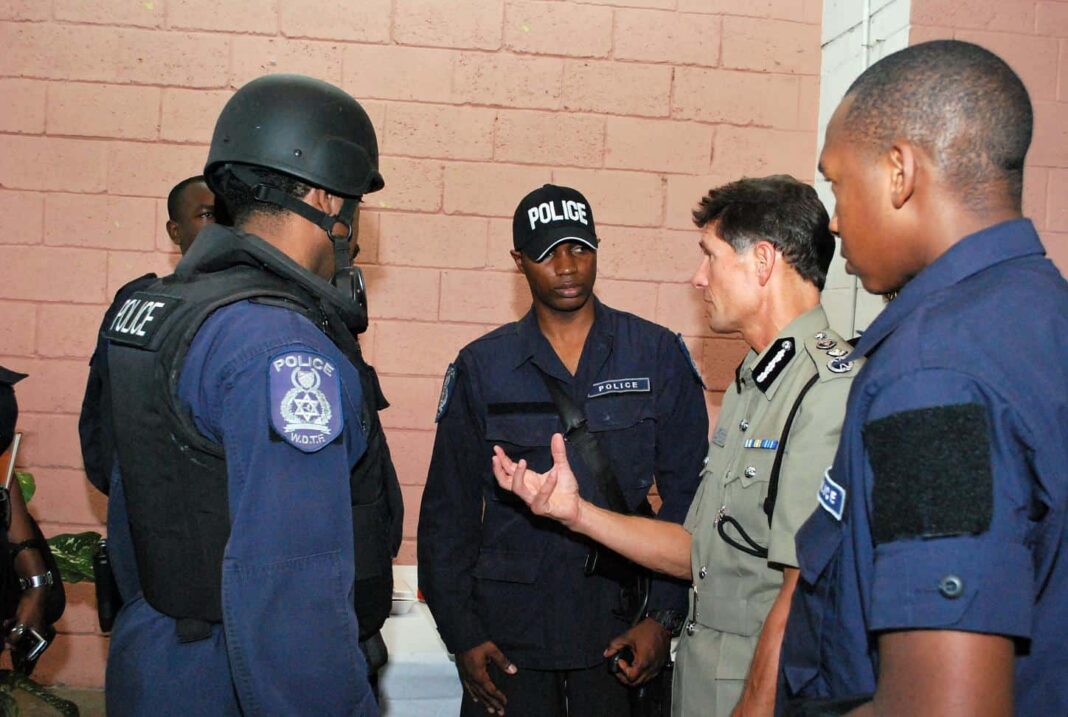 In a press conference at the Office of the Prime Minister yesterday, Justice Minister Emmanuel George said some measures had already started, including spending $7.5 million on bulletproof vests and an 80 per cent increase in granting firearm users’ licences to prison officers in 2014 as compared to 2013.

Asked to explain the increase, Commissioner of Prisons Conrad Barrow said he would not give figures or details for security reasons, said officers were already trained in firearm use when they were inducted into the prison service, and were given regular refresher training.

George also announced that prison officers whose lives were being threatened as a result of their jobs were being relocated to emergency Housing Development Corporation (HDC) houses and were also being provided with housing through the HDC’s normal allocation process.

Government has also spent $7.5 million on 4,000 bulletproof vests for the officers, which are to be delivered by October. He said a special tenders committee will also soon look at bids from suppliers of scanners and cell phone jammers.

Barrow also said 44 beds were added to the south wing of the Golden Grove Prison in Arouca, while the north wing was being outfitted with new beds. He said jail cells were receiving lighting and plumbing upgrades to facilitate new stainless-steel toilets.

Last week, Prison Officers Association president Ceron Richards warned of another prison crisis if Persad-Bissessar did not see that the changes were made immediately.

But yesterday George said the association was part of the committee, was aware of progress on the report’s recommendations, and it was strange that they would highlight their concerns in the media and not to him, as they spoke almost every week.

Three Policemen Avoid Serious Injuries In A Shootout Thanks To Body...