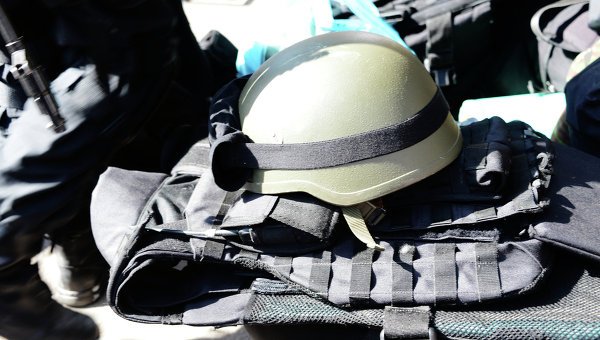 September 11 (RIA Novosti) – The Russian Kamenskvolokno joint-stock company (JSC), located in the city of Kamensk-Shakhtinsky in the north of Rostov region, has developed body armor that can protect against bullets with a displaced center of gravity, the firm’s deputy technical director Galina Sklyarova told RIA Novosti on Thursday.

The body armour will take in everything. Today there isn’t any other body armor capable of meeting the new requirements for the protection against heavier bullets, reinforced core bullets and bullets with a displaced center of gravity, Sklyarova said.

Bullets with a displaced center of gravity do not follow a single trajectory inside a human body, instead moving chaotically and causing damage to a person’s internal organs. The new Kamenskvolokno JSC body armor has already been successfully tested against this type of bullets by the company.

“We plan to proceed with state trials by 2016. We need one or two years for prep work,” Sklyarova said, noting that the new body armor will become part of new-generation Russian military gear, which will replace Ratnik gear. Ratnik comprises about 50 components, including firearms, body armor and optical, communication and navigation devices, as well as life support and power supply systems. Sklyarova noted that the new gear will be two times lighter than Ratnik.