Home How To Politicians Too Big For Body Armour 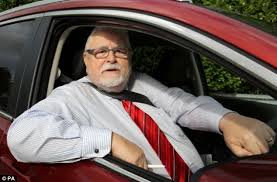 Two Northern Ireland politicians have been forced to postpone a visit to Afghanistan because the Ministry of Defence does not have body armour big enough to fit them.

Lord Ken Maginnis at 18 stone and MP David Simpson at 17 stone had been scheduled to visit Northern Irish troops on Monday.

But the pair were forced to abandon their plans because the protective jackets required for everyone visiting the conflict zone only goes up to 49 inches.

A spokeswoman for the MoD said: “Nobody is allowed to board an aircraft to Afghanistan without correctly fitting body armour.

“The MoD provides a wide range of sizes but regrettably none was suitable on this occasion.

“We recognise the importance of MPs visiting Afghanistan but this trip has been postponed while we try to source sufficiently sized body armour.”

Politicians are not expected to have similar fitness levels to serving soldiers but regularly visit theatres of conflict without problems. Ulster Unionist Lord Maginnis, 72, of Drumglass, said he had made the trip two years ago – and is now lighter than he was then.

“I wanted to go out and meet the troops and made considerable efforts to clear my diary.

“So this made me very cross. I am no giant, neither is Davy Simpson (Democratic Unionist). We are both reasonably normal, although we are bigger than most.”