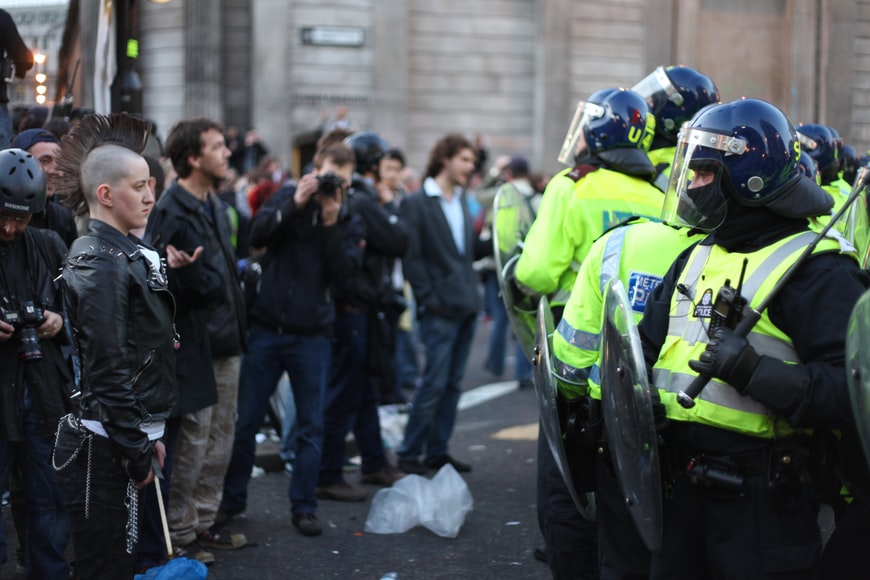 The public’s views of law-enforcement officers around the world are in a state of turmoil. In response, police in the UK may undergo a redesign in body armor to improve public perception of them.

The DSTL suggests that a shift to more “recognizable” brands and “covert armor or modern designs” could help dispel the fear associated with the police force’s current protective armor.

This issue does not stand alone. Home Office sources claim that this move comes at the request of the female officers’ complaints about the vests. Due to the male-focused designs, the vests are unsuitable for female officers. Moreover, the sources added that Home Secretary Priti Patel ordered this review.

Various others also scrutinised the intentions behind this move. One such figure, Sir John Hayes, chairman of the Common Sense Group of Tory MPs, condemned it.

In his statement to The Mail, Hayes declared that body armor’s primary function is to “protect policemen from those who seek to do harm to them”. He branded the move as a merely performative way for “out-of-touch bourgeois bureaucrats” to make a “woke” statement.

Hayes also criticized Patel’s seeming hypocrisy and mentioned that, just two years ago, she wanted offenders to be “fearful of committing any criminal activities”. He reaffirms his point that the police themselves play their roles well and that the current uniforms “reassure the law abiding and frighten those who are not.”

Ken Marsh, chairman of the Metropolitan Police Federation concurs with Hayes’ opinions on the function of body armor.

Marsh emphasized on prioritizing the safety of the body armor’s wearer over its aesthetic connotations. “I am not overly concerned on what the public thinks [the policemen] look like. I want them to be able to come home every night.”

A Home Office spokesperson revealed that these changes were motivated by the increasing diversification of the police force. The government manifesto commitment to hire 20,000 new police officers resulted in a spike in demand for female body armor.

The spokesperson brought up Patel’s engagement with the female police force. They spoke of the complaints Patel frequently receives regarding the unsuitability of the male-focused designs for their work.

In the spokesperson’s words, “That’s why she has asked for research to be carried out to improve the fit and wearability of body armour so all our officers can be protected whilst working to protect us.”

Resistance similar to that which opposed the redesign of police body armor met this shift as well.

Conservative MP Marco Longhi offered a similar view to that of Hayes. He celled the move “a tick-box exercise in the race to become as woke as possible.”  In Longhi’s words, ” next they will be offering skirts to the blokes.