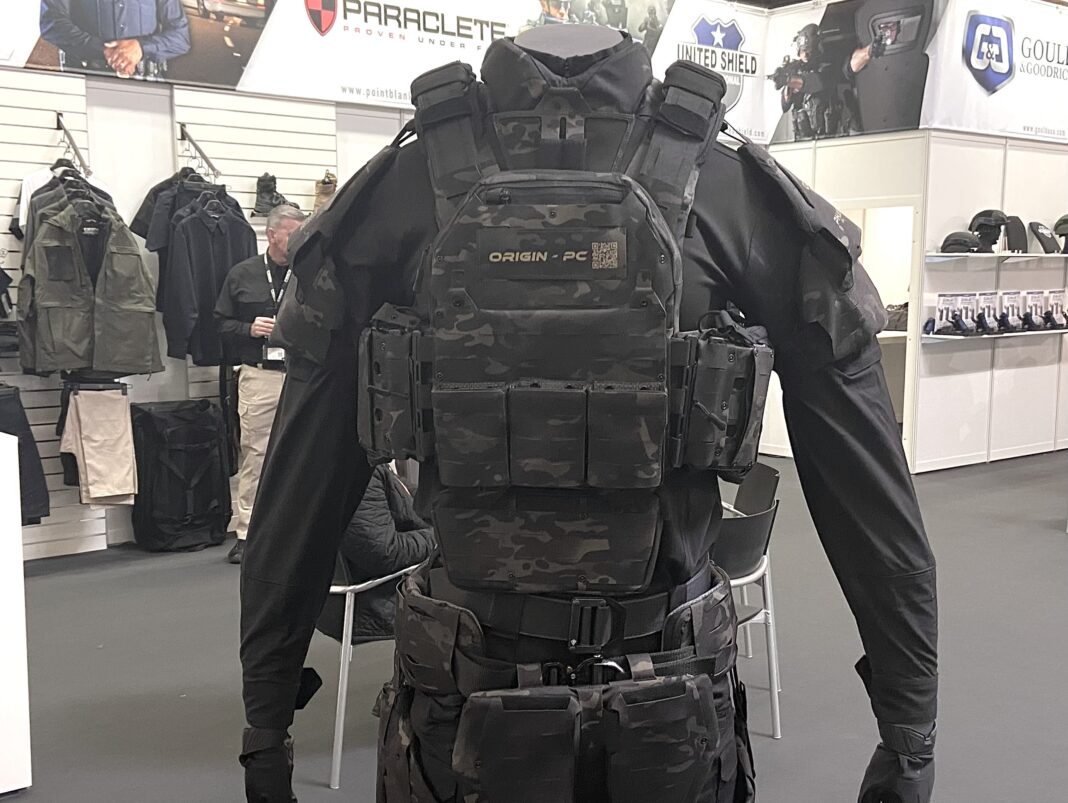 The Origin system is a brand-new tactical vest by PARACLETE which was first released at Shot Show 2022. PARACLETE is a part of the Point Blank Enterprises corporation and specializes in delivering advanced tactical body armor solutions.

PARACLETE’s clients include top-tier tactical teams in law enforcement and SWAT teams in many major cities. BodyArmorNews.com had the opportunity to interview Mr. Michael C. Haynes, Director of Product and Brand Development at Point Blank Enterprises.

The company was founded about 30 years ago as a niche shop for US military, primarily special operations. When the global war on terror was initiated, they rapidly supplied troops that were going overseas with custom gear for specific operations.

Through the years, PARACLETE grew bigger and bigger, until Point Blank Enterprises eventually acquired the company. While Point Blank typically focuses on creating concealable body armor for law enforcement, PARACLETE functions as the tactical arm of the corporation.

The company is ISO 9001-2000 certified and strives to deliver modular and innovate body armor systems. Their mission is to ensure that the brave men and women in combat remain the best-protected in the world.

“With the Origin system, we wanted to get back to the roots of what PARACLETE truly was, hence the name,” Mr. Haynes said, “We’re going back to the beginning. What we’ve made here, it’s really the first of its kind in the industry.

“We’ve integrated a lot of intellectual property with new concepts that have never been seen before. The root of the system is basically taking the ballistic vest all the way up from a concealable vest to a full-coverage tactical vest.

“We wanted to integrate a lot of the lessons we learned over 30 years of tactical armor manufacturing and put it into one system that’s really going to be the foundation for PARACLETE going forward.”

“It is a system that’s comprised of over a hundred different components that all work with one another,” Mr. Haynes said, “So virtually any kind of configuration or any level of coverage that someone would need, they can build it in this modular system.

“On the vest itself, you don’t see any stitching. We use rivets to achieve this effect. Since it’s a very strong material, we use rivets, which actually make it stronger. They also make the vest easier to manufacture and they keeps the design much more streamlined.”

“We wanted to focus on the design language cues,” Mr. Haynes said, “We wanted to start adding some features that, when you see them going forward, you’re going to immediately recognize the vest as a PARACLETE vest.

“Aside from the design cues, another thing that’s innovative, that no one’s done before, is underneath the vest: a mantle. It is a yoke that goes over your head, and it has ballistics in it as well. So, you have extra coverage in your throat, collar, upper chest and upper back as well.

“We also have smaller, but significant things like reversible ID panels. If an agency wants to have a high vis/low vis or hook and loop Velcro patch, we can configure it that way so you can easily just pull them out, and put them back on.”