CENTRAL LAKE, Mich. -A northern Michigan body armor factory that makes body armor for law enforcement and other users will close in June.

WWTV-WWUP reports the workers were told about the shutdown Wednesday. The company says it is developing severance packages for employees and offering some of them jobs at a plant in another state.

Second Chance Armor has gone through several ownership changes over the years. It presently is part of the Safariland Group, owned by BAE Systems. 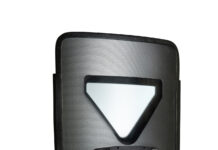