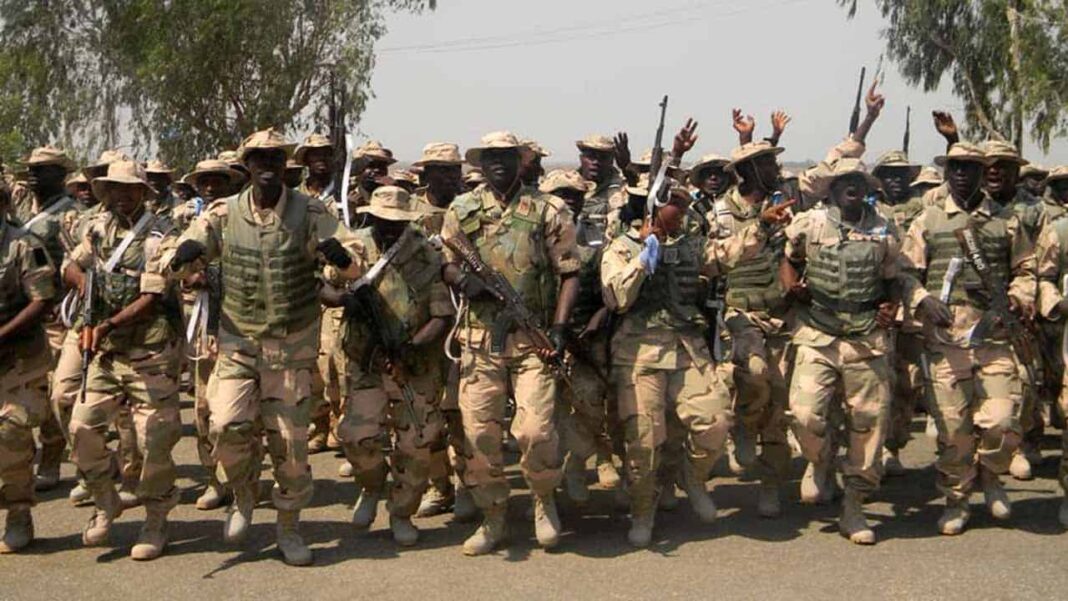 The Nigerian Army is to procure 10,000 ballistic vests and helmets from the Nigeria Machine Tool (NMT) in Osogbo, Osun state.

The Chief of Army Staff, Lt. Gen. Tukur Buratai disclosed this in his remark after the inauguration of the NMT Ballistic Vest Production facility in Osogbo.

He said the Nigerian Army had in 2016 procured 2,000 ballistic vests from the same manufacturer.

The army chief said the Nigerian Army would continue to collaborate and sustain partnership with local manufacturers to meet its equipment needs, in line with the federal government’s local content policy.

He urged the management of the NMT to take advantage of the large defence market and produce standard products that can compete with their peer in other parts of the world.

Earlier, the Chairman of the NMT, Didi Ndiomu, said the company is working on the production of General Multipurpose Machine Gun (GPMG), and would be made available for test by the Nigerian Army.

He said the purpose of establishing the company was to meet the defence equipment of the Nigerian military.

Young Victim of a Prank in Spain Saved by Body Armor