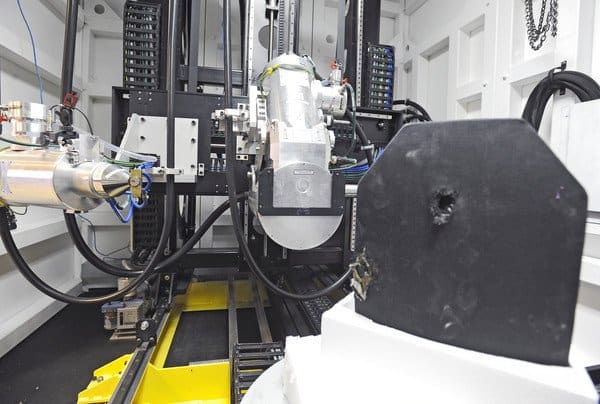 A unique industrial CT X-rayscanning capability to analyze or inspect the construction and performance of a product in 3-dimension – including many components used on the battlefield – was unveiled at Chesapeake Testing in Harford County Thursday.

The scanner was demonstrated during an open house at the Belcamp company attended by Harford County officials, representatives of the business community and Aberdeen Proving Ground and Congressman C.A. “Dutch” Ruppersburger.

According to Chesapeake Testing, the new scanner is the only one of its kind in the United States and just one of three in operation in the world.

The scanner has the ability to define internal structures and provides a new non-destructive engineering tool allowing manufacturers to study warfighter personal protection components such as body armor and helmets, as well as vehicle armors, the company said in a news release.

“The exciting addition of this state-of-the-art, CT X-raysystem allows Chesapeake Testing customers to see and analyze the construction and ballistic performance of their product in very unique ways at an affordable cost,” Jim Foulk, Chesapeake Testing’s president and CEO, said. “This Nikon Metrology produced system is one of only a few in the world that has the combination of both 225kV and 450kV microfocus, panel scan capability allowing scans of objects up to 37 inches wide, and a curved linear array producing scatter-free radiography.”

Foulk said the new system “refines the developmental process and provides a new method to manage the quality of manufacturing and testing of personal protection for armed forces, as well as police forces.”

“The aviation, automotive, and electronic worlds can benefit in similar ways from the application of this versatile engineering tool,” he added.

“Chesapeake Testing helps save the lives of our warfighters by testing the quality of the helmets, body armor and vehicle armor they use on the front lines,” Ruppersberger said in a news release following the open house. “This company is investing not only in the security of their country, but in their community by supporting local education and workforce development programs. I am proud to represent them in Congress.”

Ruppersberger said engineers at Chesapeake Testing will use the new system to study “the before – if there are any flaws or defects in the construction of the armor…they will compare that information to the after – what kind of damage is done.”

According to the company, the mission of Chesapeake Testing is to provide reliable and independent ballistic test services to government agencies, manufacturers and consumers of personal protective equipment, vehicle armors, small-caliber weapons and small-caliber munitions and to provide 3-D X-ray CT scanning services to a variety of R&D and manufacturing organizations.

“The ultimate goal is to support our warfighters,” Foulk said.
Chesapeake Testing was established in 2006 and is an ISO/IEC 17025:2005 accredited test laboratory certified to perform armor testing for the National Institute of Justice, theU.S. Army, Aberdeen Test Center and the U.S. Department of State. 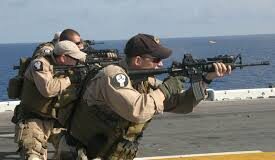 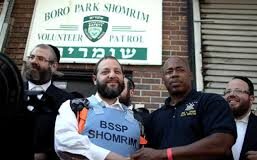