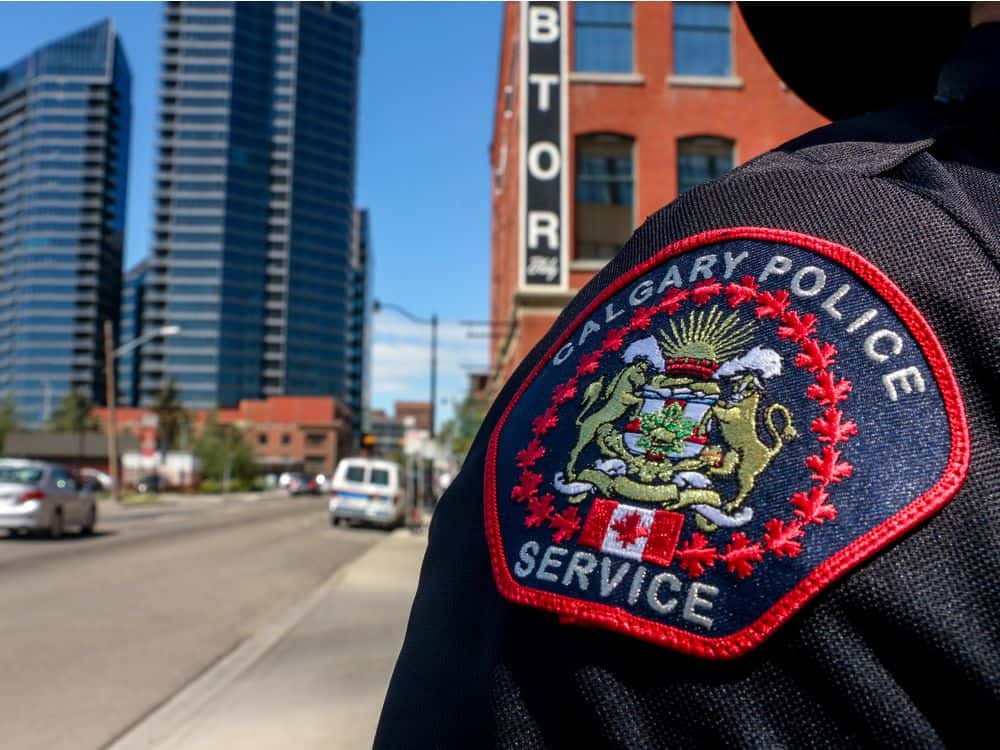 Front-line police officers clearly need more protection. This became very evident on Tuesday when a Calgary police officer was shot during a tense exchange in Abbeydale.

Constable Jordan Forget was shot and struck while responding to a robbery that became a carjacking attempt that then turned into a break-in attempt. He was hit in the chest and again in the arm, but thankfully not killed.

At the time Forget had been wearing his soft body armor vest. This is a standard part of the uniform that Calgary police officers wear. But, according to Calgary police, in this incident no bullets hit the vest.

“From what we know, Forget was not struck where he would have been covered had he been wearing hard body armor, so his injuries would not have been prevented by those vests,” said a spokesperson for Calgary Police Service (CPS).

Les Kaminski, President of Calgary Police Association said that had the bullet struck the vest Forget was wearing, it would have gone straight through it.

“Hard armor vests are needed to stop the kind of rifle rounds that we encounter in Calgary. There are a lot of hunters in our area, which means there is no shortage of rifles,” Kaminski said on Global News last Wednesday.

“Our officers’ safety must be our top priority at all times. Presently, we are distributing hard body armor to those on the front lines. They are getting ballistic plates and carriers,” according spokesperson Corwin Odland from CPS.

He further said, “We were able to secure the necessary funding by the close of 2016 and then sent out Requests for Proposals to qualified body armor vendors the following April. Many samples of body armor were sent to us from several vendors, which we tested extensively. We decided on a vender last fall, and finalized our contract at the end of 2017.”

“In January we received the ballistic plates we ordered and just last week the carriers arrived. The body armor sets should be completely assembled by the end of this week and ready for distribution next week to the district offices.”

CPS said, “We committed to officers that we would provide them with the hard body armor by the end of March, 2018.”

Kaminski told Global News that the new body armor couldn’t come soon enough and was absolutely thrilled to find out that district offices would be receiving it next week.

Corporal Curtis Peters, spokesperson for Alberta RCMP, said that all of their officers carry hard shell vests with them in their duty vehicles.

Alberta RCMP officers are instructed to wear them when responding to all high-risk situations. These would include home invasions and when there is any threat posed by a firearm of any sort.

Peters said, “These threats occur quite regularly, far more frequently than most people would imagine.”