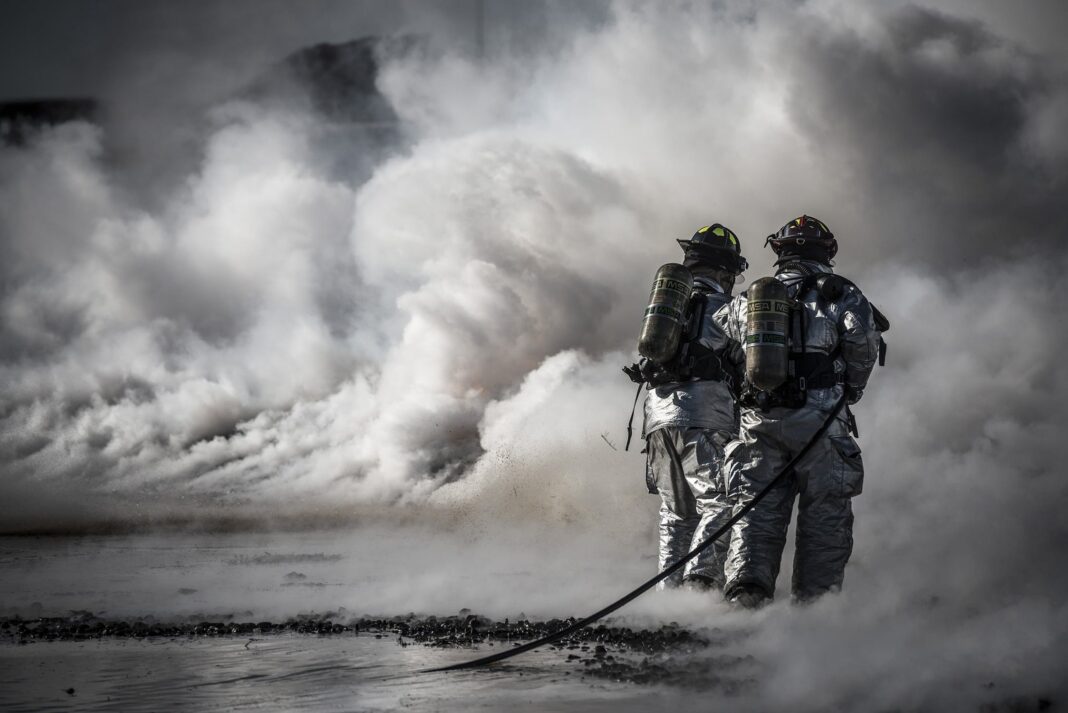 There is increasing interest in supplying added protection to the heroes who risk so much to protect us all – firefighters.

In an emergency, the local fire department is almost always called to come to the rescue. It may surprise you but most of these emergencies do not involve a fire, according to Ken Adams, Deputy Chief of the St. Paul, MN Fire Department.

“We respond to 118 EMS calls each day, compared to a daily average of 40 calls reporting a fire. We are out there working in the community much more most people have any idea,” Adams said.

Just like many fire departments in the U.S., St. Paul’s firefighters respond to medical emergencies as well. According to Captain Kathryn Heckaman, this means coming to the rescue of victims of violence, including shootings.

“We may be working to save the victim, but then find that we must deal with a loved one as well,” Heckaman said.

And very often these fast-moving situations involve unknowns, like when our firefighters backed up St. Paul police in 2016 during an active shooter situation in which a law clerk lost their life.

“We had no idea where the shooting was coming from, and the police didn’t know either, so they had to do what they could to protect us,” Adams said.

Unlike law enforcement, firefighters are not equipped with firefighter body armor.

“Heading in with no vest, never knowing whether you’ll be dodging bullets or not, is extremely risky,” Adams said.

This is the motivation behind SHIELD616, an organization started by former Colorado police officer Jake Skifstad.

“As first responders, it is our job to respond to emergencies in the community, but we were not provided with anything that could protect us against rifle fire,” Skifstad said.

So, he went ahead on his own and made rifle-proof ballistic equipment for not only police officers, but firefighters as well.

“Everyone expects law enforcement to go in, but what people fail to realize is that soon after, firefighters also have to go in to treat victims and save lives,” added Skifstad.

“We are currently not protecting our firefighters as much as we could,” Adams said.

So, he is trying everything possible to get protective gear for first responders who could one day find themselves in the line of fire.

“We take our vow to go in and save lives seriously. And we will always do our job to the best of our ability, whether we’re wearing firefighter body armor or not. But it’s clear that wearing a bulletproof vest would make these situations much less risky,” Adams said.