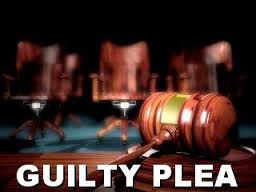 A former executive of a company that sells body armor and other protective gear pleaded guilty Thursday to bribing officials from the United Nations and elsewhere overseas to win lucrative contracts.

Richard Bistrong admitted in federal court to helping keep $4.4 million in kickbacks off the books between 2001-2006 at Armor Holdings of Jacksonville, Fla., where he was vice president for international sales.

The bribes included $200,000 to United Nations officials to win $6 million in contracts to provide body armor to peacekeeping forces. He also said he authorized payments to a Dutch police officer for a pepper spray contract and a Nigerian elections official for fingerprint ink pads.

Bistrong is cooperating with the U.S. government’s investigation into bribery schemes and pleaded guilty to a single conspiracy count that carries a maximum prison sentence of five years. Judge Richard Leon did not schedule a sentencing date as Bistrong continues to aid with prosecution of others involved in the ring.

Bistrong was charged in January as 22 other executives of suppliers to military and law enforcement agencies were arrested in an FBI sting operation. Most were rounded up while attending their industry’s annual trade show in Las Vegas.

Copyright 2010 The Associated Press. All rights reserved. This material may not be published, broadcast, rewritten, or redistributed. 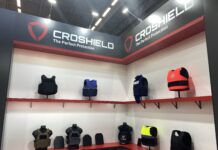