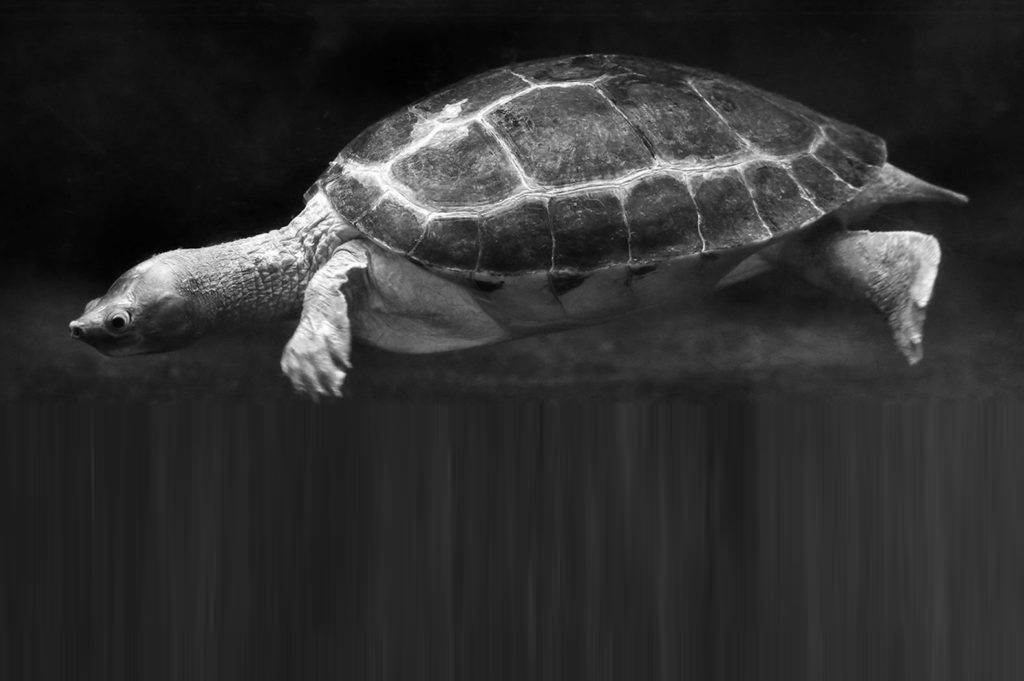 EnGarde body armor protects elite law enforcement, military and security teams all over the world. Today that world class protection has been extended to one member of the animal kingdom. EnGarde®, in cooperation with the Artis Royal Zoo in Amsterdam, adopted a Malaysian Painted Turtle, a resident at the zoo. The company adopted the animal as part of a program of corporate sponsorship of conservation efforts aimed at helping endangered species.

“We thought pairing up with a turtle was a natural alliance,” joked Iwan Luiten, Marketing Director at EnGarde®. “He wears armor and we make armor. We make a good team, right?”

All joking aside the Malaysian Painted Turtle has been listed as critically endangered with only a few hundred nesting females left in the world. The turtle’s native habits in Malaysia, Borneo, Sumatra and Thailand have been threatened by global warming, sea level rise and humans poaching the animals for their meat. Adopting the exhibit at the Artis Royal Zoo is another part of EnGarde’s program of being a good corporate citizen.

Besides supporting the zoo’s conservation efforts EnGarde® also provides body armor to humanitarian projects that involve people working in dangerous areas. Freelance journalists, with little or no support network, risk their lives trying to bring to light atrocities in areas outside the mainstream media spotlight. With correspondents in 150 countries and issuing over 1,000 press releases every year, Reporters Without Borders acts to fight censorship and laws aimed at restricting freedom of information. To provide those daring journalists with at least some protection, EnGarde works with Reporters Without Borders to supply many of their field reporters with the EnGarde® Panther Press Edition body armor.

“EnGarde® has an ongoing commitment to protect the lives of those who put themselves on the line,” says Luiten. “Whether those people are security guards, law enforcement officers, military personnel or anyone working in dangerous conditions, we’ve got your back.”

Besides protecting human lives, EnGarde®’s commitment to being a good corporate citizen also includes making sure that at least one turtle doesn’t end up on its back.

Soldiers In Iraq Will Get New Body Armor