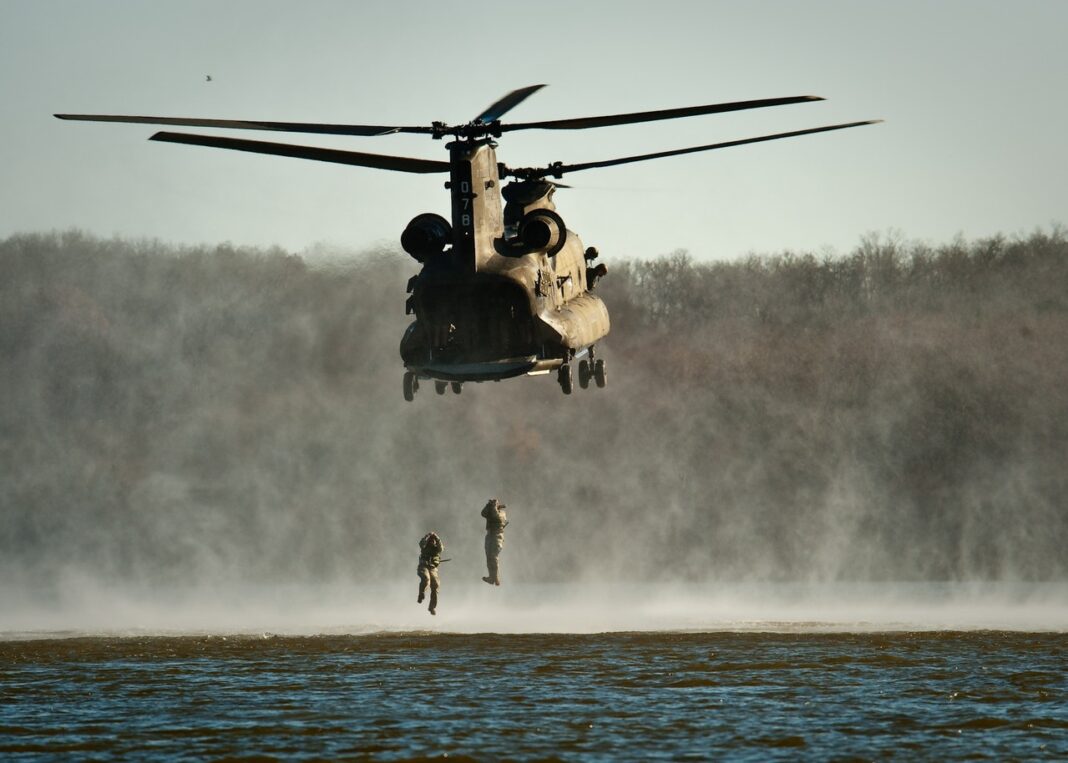 Dr. Ray Gamache and his students at the Naval Postgraduate School are committed to making hard armor lighter, more flexible, and stronger using hundreds of small ceramic marbles instead of the solid, monolithic plates in conjunction with soft armor vests.

On Thursday morning, a new patent application was made public that details a new armor manufacturing process, co-invented with Marine Corps Maj. Jarrod Robinson, on joining the ceramic marbles into an armored mesh using aluminum as the substrate binder.

“All armor is measured in its areal density, one thing to note here is that the encapsulated ceramic spheres is far less than a monolithic plate, it’s 2.83, where a monolithic silicon carbide plate is 4.14 (lb/ft2), so it’s a significantly lighter plate,” Robinson said during the related thesis presentation.

The mesh is baked in a furnace so that the aluminum binder fills in between the ceramic balls and then the encapsulated composite is tempered such that it’s strong but flexible, able to soften the blow of projectiles (shell fragments, shrapnel, bullets).

The goal is to create body armor that doesn’t leave gaps in coverage and outperforms the current SAPI plate vest systems used by the military, which the Navy says has “poor multi-hit capability and fracture damage.”

“The Outer Tactical Vest (OTV) used by the U.S. Army, and the Modular Tactical Vest (MTV) used by the U.S. Marine Corps…. use an embedded spall liner and large pockets in which to insert SAPI plates in the front, back and sides of the MTV to protect key organs. Such a design is comparatively bulky and heavy, so as to limit flexibility and contribute to fatigue of the wearer. Additionally, exemplary SAPI plates cost between $350 and $600 each, so the vests can be expensive. Further; the conventional SAPI plates lack multi-impact protection,” according to the Navy’s new patent application.

If the patent is granted to the Navy, it would become the twenty-first listing Gamache as inventor or co-inventor, according to the U.S. Patent and Trademark Office, including U.S. Patent 8,220,378, the first to include the ceramic sphere concept, which was issued to the Navy in 2012.

Through technology transfer, the Navy is making Gamache’s research and the accompanying intellectual property rights available to qualified companies for commercialization, which is to say that through a patent license agreement a private company may use the technology to manufacture new armor.

Brian Metzger, senior technology manager at TechLink, is working with Gamache and the Tech Transfer Program at NPS to solicit offers from companies that want to gain access to Gamache’s technical knowledge and leverage the Navy’s IP.

Metzger said the market for body armor had both civilian and military buyers, and that the technology may be easy to commercialize because new plates using the spheres could be inserted into current vests, though National Institute of Justice standards must be met.

“This technology is trying to essentially make lighter, more compliant armor that gives equivalent protection, and more comfortable for people to wear,” Metzger said on Thursday.