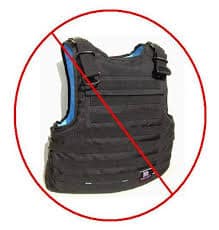 The new law restricts the sale of bullet proof vests to all but law enforcement and approved security guards. It’s intended to curtail the use of body armour by criminals.

Manitoba’s new Body Armour and Fortified Vehicle Control Act will begin to be enforced in the new year, the province said today.
Enforcement of the new law restricting the sale and use of body armour, and owning and driving fortified vehicles, will begin in April. The three-month period allows time for individuals and businesses to comply with the new rules. Starting next month, the province will begin accepting applications for permits or licences required to have or sell body armour.

People who want to have or sell body armour, but are not exempt under the legislation, must have the proper licences or permits, the province says.
The application fee is $100 for the first five-year permit and $50 to renew for a further five years. Body armor retailers are required to ensure their customers have a licence or are exempt. Applicants must explain why they need body armour and will be subject to a criminal record check.

The new law also bans the use of illegitimate armoured vehicles. Police, prisoner transport and military applications are not impacted by this legislation.

When enforcement begins in April, police will have the authority to seize body armour from those who possess it without a permit.

The province says peace officers can require an armoured vehicle to undergo an inspection. Vehicles that do not pass inspection could be removed from the road and the driver charged. Fortified vehicles are defined as those designed to resist bullets or explosives or that have other specified fortifications.