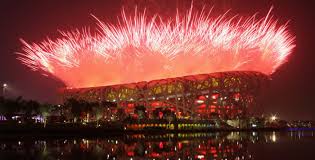 Britain’s border security has been called into question less than a year before the country plays host to the 2012 Olympic Games.

At issue is a government minister authorised pilot scheme to relax controls for certain passport holders. This authorised scheme envisioned perceived low risk individuals being allowed unfettered entry to the country. All others would be subjected to the full gamut of checks.

The scheme has allegedly been applied to all passport holders, irrespective of their origin.

Officials therefore have no idea how many undesirable entrants may have penetrated the country’s borders, during a four month period over the summer of 2011.

Immigration controls represent the last line of defence in preventing known criminals, suspected terrorists and others flagged by watch listing, from entering a country.

When these immigration controls fail to deliver, the ultimate consequence can be profound.

Counter Terror Expo, the world-leading gathering of professionals within this arena, has consistently warned that effective immigration controls constitute a fundamental prerequisite to national security.

British Home Secretary Theresa May MP has admitted to Parliament that the failure to appropriately monitor and control individuals entering the country has led directly to a knowledge deficit.

UKBA boss Brodie Clarke has resigned in acrimonious circumstance and several other senior agency individuals have been suspended in the wake of this issue emerging.

History has amply demonstrated that this specific sporting event remains a potent target for international, domestic and random other terrorist organisations intent on making their mark on the world stage.

Counter Terror Expo will exclusively expose the level of Olympic preparedness in light of the current global and national specific threat, during its two-day “Global Counter Terrorism” conference, just ahead of world renowned athletes gathering in London to compete in the Games.

Counter Terror Expo will next convene 25-26 April 2012 at London Olympia.
This world-leading event gathers governmental, military, body armor and academic experts together annually, to debate the issues faced and define answers to them.

Counter Terror Expo’s secure conference programme is held against a backdrop of extensive educational workshops and a world-leading technology exhibition.