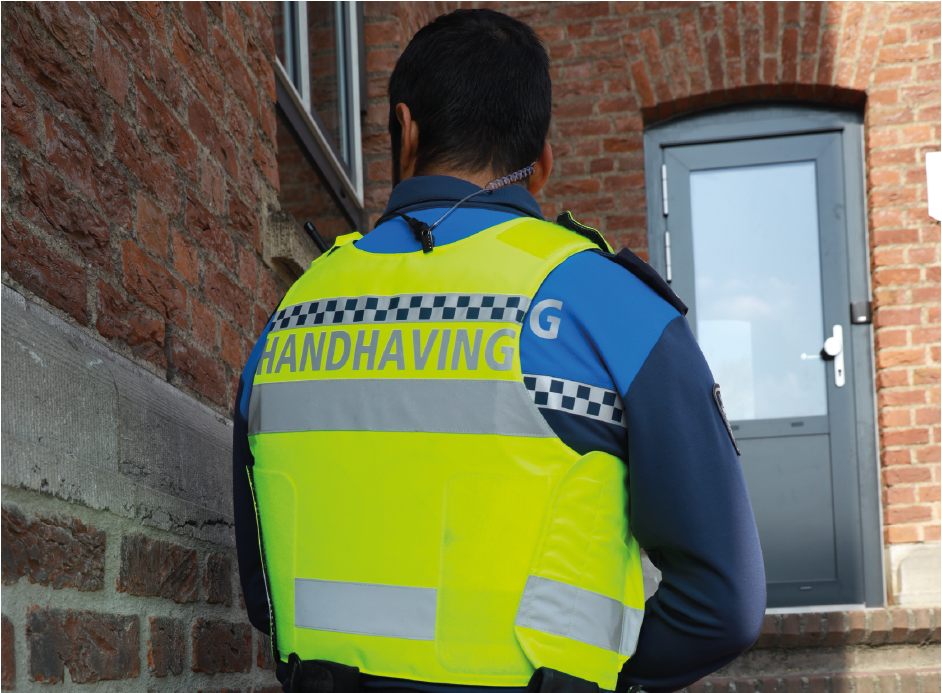 EnGarde is a Dutch body armor manufacturer who specializes in creating ballistic vests as well as hard and soft armor panels. The company’s mission is to protect those who put their lives on the line to protect others.

Since 2017, Pebetex, in close collaboration with EnGarde, has supplied the BOAs in the city of Eindhoven with body armor. We at BodyArmorNews.com, interviewed Mr. Dennis Aben, the BOA coordinator, Mr. Obei Fatah, a BOA officer, and Mr. Ruud Kwinten, Account Manager of Pebetex to learn more about the BOAs and the vests.

Who are the BOAs?

In addition to police officers, the Netherlands has about 23,500 peace officers working in the law enforcement sector. These officers have a Special Enforcement Officer (SEO) status (Buitengewoon Opsporingsambtenaar) or BOA/Handhaving in Dutch. This roughly translates to ‘municipality police’ in English.

The BOAs are officers who typically work alongside the police to tackle disturbances in the city by using minimal force. Their job involves maintaining the peace in the city by de-escalating potentially dangerous situations. They started operating in Eindhoven in 2007 and have since grown in numbers, with around 70 officers in their ranks today.

“The BOAs are the first line of law enforcement in Eindhoven,” Mr. Aben said, “The police need us. Since they do not have enough manpower to handle every small disturbance across the city, they call us, and we work together to resolve the issue.”

A day in the life of a BOA

The officers are often assigned to patrol the city. Many of them are trained to bike in the crowded city center, as it is easier to cover ground this way. These BOAs need to have quick reflexes to avoid pedestrians and they can even cover up to 40-50 kms this way.

Other officers travel on foot or in the patrol cars. Some cars are equipped with a scanner on the roof to scan the plates of cars passing by. It is also important for some officers to stay in the BOA headquarters to answer calls from civilians and surveil the CCTV camera feeds from the city.

“Many times, we receive complaints about youth causing a ruckus, homeless people bothering tourists or drug addicts in the city center,” Mr. Fatah explained, “In these cases, it is important for us to be good with words so that we can de-escalate the situation in a calm way, without using force.”

In close cooperation with EnGarde, Pebetex has developed a version of the EnGarde Puma™ model, designed specifically for the BOAs. The Puma™ is a load bearing jacket that features a front zipper opening and additional utility pockets.

“I never go out without the vest,” Mr. Fatah said, “If I go, it comes with me. I always wear it, even if it’s hot. It’s very comfortable, since it is not too tight, and it doesn’t trap the heat inside. It’s best to wear it and it always gives me a sense of security.

“One time, I learnt that a suspect we had apprehended had a knife on him. At that moment, I was glad that I had been wearing the BOA body armor. Since we do not carry handcuffs or pepper spray, the vest gives me a way to protect myself. In my opinion, it should be mandatory for all BOAs to wear it on the job.”

Pebetex is a Netherlands-based wholesaler who have worked with the BOAs since the beginning. They supply the BOAs of Eindhoven with all clothing from head-to-toe including helmets, gloves, shoes, pants, jackets and textile carriers.

Pebetex offers a range of carriers that are all compatible with EnGarde’s soft armor panels. From fluorescent HighVis carriers for night shifts to the standard blue BOA carrier, and a concealable carrier for covert use. In order to make the overt BOA carriers recognizable, black striping and arm badges are included on all of them.

“We have to follow specific guidelines set by the Dutch government and the city of Eindhoven,” Mr. Kwinten said. “The rules decided by each city are different. We start the process with fitting sessions for all the BOAs who need clothing.

“We offer six different types of shoes, depending on what the BOA wants. Then we can tailor-make the vests to fit their needs. We explain how to wear the vests and make adjustments where necessary. So, in the end, we can give them the full package.”

On the 18th and 19th of May, Pebetex and EnGarde will join over 200 manufacturers and suppliers at Twenthe Airport in the Netherlands at the eRic exhibition.

The eRic is the connection platform for safety professionals from all government agencies and commercial service. Visitors are welcome to try on the overt vests at Booth No. 131 from 10:00 to 17:00.