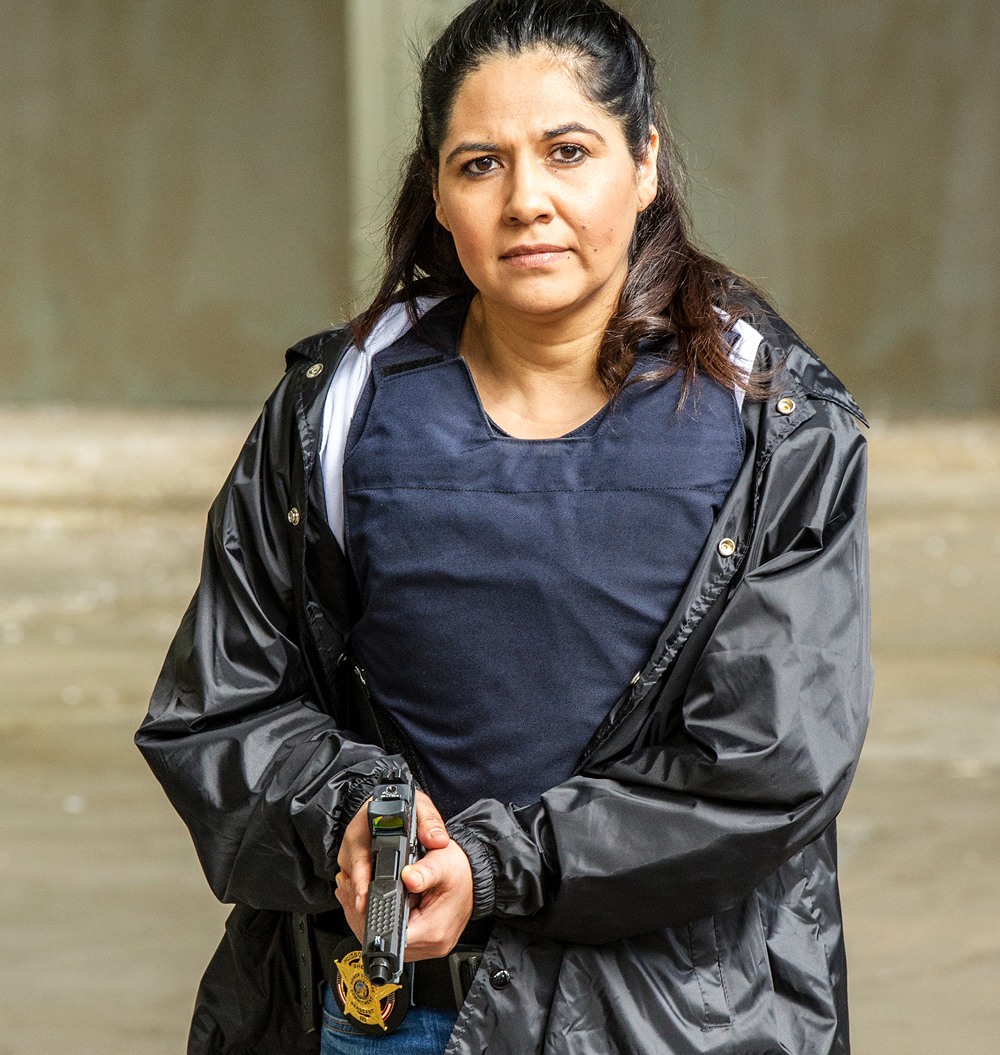 Not long ago, if women in law enforcement or the military needed body armor, they had to choose from a limited number of contoured models. Today better engineering and better materials have produced soft body armor that can form itself to almost any wearer, male or female.

No longer stiff and inflexible, some modern body armor ballistic panels are so soft that they can be worn comfortably by almost any body type yet still provide Level IIIA protection. At EnGarde our FLEX-PRO™ and COMFORT™ soft armor packages can be worn by men and women without additional contouring or custom fitting. Custom shaping around curves and body contours adds material and weight. Our standard shape FLEX-PRO™ and COMFORT™ panels will fit 80% of female officers.

Both the FLEX-PRO™ and COMFORT™ panels employ the latest Dyneema® technology which fuses breakthrough polymer science, next generation fiber technology, and unique uni-directional engineering to deliver off the charts V-50 performance. Both of these armor panels are accepted by the vast majority of our concealable, tactical and specialist carrier systems, including the EnGarde Rhino™ tactical carrier.

Ellie Lust, a well-known female former police officer in the Netherlands, travels around the world assisting police departments with various missions during her show Ellie on Patrol. During the second season she assists police departments in Argentina, Canada, El Salvador, Georgia, Jordan and South Korea. She helps to protect the public against migrating Polar Bears in the Canadian town of Churchill, assists the police in Buenos Aires during a rowdy soccer match, and participates in house raids targeting members of the most dangerous gang in El Salvador.

Although the items are in Dutch you can check out some Ellie Lust on Patrol footage here:

Ellie is completely comfortable while engaging in strenuous police duties with our EnGarde Rhino™ tactical carrier system. During the show Ellie can be seen running, driving, accompanying tactical entry teams and supporting crowd control. The FLEX-PRO™ and COMFORT™ soft armor packages are truly unisex. As the role of female police police officers and women in covert tactical teams continues to expand, they can rest assured that EnGarde will have their back.